Border regions can be fertile ground for culinary cross-pollination, and the United States-Mexico border is no exception. The mingling of cultures there has given eaters beloved foods from burritos to Tex-Mex. In San Diego and Tijuana, this cross-border exchange birthed Cali-Baja cuisine—a cooking style that embodies growing efforts to connect food systems across the border.

Part Mexican and part Californian, with a dash of Mediterranean, Cali-Baja points to the region’s natural resources and cultural heritage. Dishes rely on fresh, locally-sourced ingredients paired with traditional Mexican flavors: think seared albacore with fresh salsa, blue corn tortillas, and fish tacos paired with a pint of IPA. The cuisine was pioneered by top chefs from both Tijuana and San Diego, most notably Javier Plascencia of Misión 19 and Finca Altozano, and embodies the collaboration between bridge-building farmers, chefs, and activists on either side of the border.

Cali-Baja is a way of sourcing, cooking, and eating that chef Claudette Zepeda-Wilkins calls “borderless.” Zepeda-Wilkins—who was raised in San Diego, Tijuana, and Guadalajara—recently opened contemporary Mexican restaurant El Jardín in San Diego. She sees cross-border culinary exchange as essential for a vibrant food system. “How would or could food move forward if you were never exposed to something new? Cuisine in the border region continues to excite people from all over the world.”

It’s not surprising that this region produces such celebrated cuisine. San Diego is home to more small farms than any county in the U.S., not to mention seafood-rich coastal waters. Local world-class academic institutions promote agricultural and sustainability research. For their part, Tijuana and Baja are serving up innovative dishes in an exploding restaurant scene that includes craft breweries, expansive food halls, and food trucks serving world-class seafood. Valle de Guadalupe, Baja’s wine country, produces wine to rival that of Napa, Italy, and France.

“I’m pretty confident San Diego and Baja can hold their own with some of the best wine and food producers in this country,” says Michelle Lerach. Lerach founded the Berry Good Food Foundation (BGFF) with the goal of advancing a more integrated food system by connecting and supporting local food producers and consumers. “It’s important to remember that we are a single bio region that extends from Oceanside and goes into Baja. We grow the same foods, we grow the same wines, we catch and eat the same fish.”

BGFF recently extended programs into Baja and the Valle de Guadalupe wine region east of Ensenada. With help from Baja-based board member Eileen Gregory, BGFF partnered with local schools to coordinate and fund school gardens and summer programs for kids whose parents work in agriculture year-round.

This cross-border collaboration is nothing new for Lerach. Eight years ago she launched the Berry Good Night, a private dinner that gathers top farmers, chefs, food activists, and writers from Tijuana, Valle de Guadalupe, and San Diego. The goal of Berry Good Night is to promote cross-pollination in the sustainable food world. “We were among the first efforts to bring together chefs from both sides of the border,” she says. “Now, it’s not at all uncommon.” This year Berry Good Night—re-christened Berry Good Noche—will take place in Mexico. Gregory and Lerach hope hosting the event across the border will open even more channels between producers and consumers.

Efforts of chefs like Zepeda-Wilkins and advocates like Lerach enhance the pre-existing kinship felt on both sides of the border. There can be a natural affinity between farmers and chefs that arises from working within the same constraints and abundances, whether that means navigating water shortages or preparing fresh lobster. “We have the same weather, the same ingredients,” says Gregory. “In a way, the border is just a construct, a line in the sand.” While cultural differences exist, so does an organic give-and-take between the two cultures, something that’s apparent especially in the food world.

Judging by the current U.S. administration’s approach to immigration, movement across the border will slow over the coming years. Trump’s zero tolerance policy means harsher repercussions for those who enter illegally, and this year the U.S. admitted its lowest number of refugees in the past four decades. Many would-be immigrants are settling on the other side of the border.

“Tijuana/Baja is becoming a hotbed for amazing food due to the amount of immigrants that were promised the American dream before being turned down,” says Zepeda-Wilkins. “Mexico welcomed them.”

Yet even as more stringent immigration policies stall movement north across the border, there’s hope for a unified food system in which collaboration and ideas flow back and forth freely. “It’s very important for both cultures that we don’t lose that kind of cultural fusion,” says Gregory. “It’s what makes both sides of the border more than the sum of its parts.” 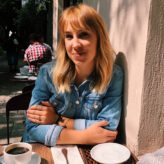 Annelise Jolley is a San Diego-based writer covering food, travel, and the terrain between. She holds an MFA in creative writing through Seattle Pacific University and her work has appeared in Civil Eats, Edible San Diego, Brevity, The Millions, and Sojourners, among others. Read more at annelisejolley.com and say hello @annelisejolley.
Previous Article

“Food Should Be Treated as a Right and Not a Privilege,” Says Mendelsohn