Last year, I won a monumental lawsuit that shed light on the danger of pesticides to school groundskeepers like me, as well as farmworkers and even home users. I found a direct link to my cancer from a weedkiller called Ranger Pro, the older brother to Roundup, which many people use at home. The company that makes it, Monsanto (now owned by Bayer), was found responsible for my sickness and many others.

Before I got cancer, I never really thought about what I ate or where my food came from, just to not be hungry was enough. I’m the fourth of five kids, and my mother struggled plenty to feed us because, just like now, times were hard. I personally remember government issued food like powdered milk, canned meat and other not-so-healthy choices.

But after becoming sick, I heard from so many sources about eating organic. I was even invited to stay at a clinic where you change your whole diet to organic food.  I learned that the U.S. Environmental Protection Agency, which regulates pesticide use, knowingly allows a certain amount of harmful chemicals onto most of the food we eat. Organic food is grown without these pesticides.

A new peer-reviewed study from Friends of the Earth shows how switching to an organic diet can decrease levels of pesticides in our bodies. I was interested because they tested for glyphosate, the cancer-causing ingredient in Ranger Pro and Roundup. Glyphosate is the most widely used weedkiller in the world. Along with being used on school grounds, city parks and yards, it’s used extensively in agriculture. Along with being linked to cancer, research has associated it with kidney and liver toxicity, disruption of our hormones, and reproductive problems.

The researchers tested four diverse American families from Oakland, Minneapolis, Baltimore, and Atlanta. They found glyphosate in everyone’s bodies, including kids as young as four. When they switched the families to a completely organic diet, levels of glyphosate dropped 70 percent after just six days. This study is part of a comprehensive scientific analysis  showing that switching to an organic diet rapidly and dramatically reduces exposure to pesticides.

I truly believe “we are what we eat.” No one should have to choose between food grown with toxic pesticides or organic food. We should all be eating nothing but organic. One of the major problems is the availability of organic food — it’s often not accessible to poor people and others who can’t afford it. In some urban areas, quality food is just not on the shelves. If you don’t live in certain cities or live in the right area in your city, your food choices might be limited to corner stores.

When we think about creating a more equal and just food system, expanding access to organic food is a big piece of the puzzle. We all have the right to toxic-free food. And the people who grow the food we eat have the right to not be exposed to chemicals linked to cancer and other serious health problems on the job.

That would take a massive shift in our society, but it’s possible. We can look to the European Union for leadership. In June, the EU announced plans to halve use of pesticides by 2030 and transition at least 25 percent of agriculture to organic.

In this election year, one way we can make a difference is by voting for people who are willing to put our health above the interests of pesticide companies. And we can join with organizations that are working to create a food system where organic food is for all people. 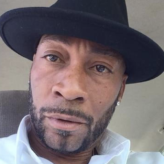 Lee Johnson was a school groundskeeper for Benicia School District in California. In 2019, he won a groundbreaking lawsuit against Monsanto (now owned by Bayer) linking his cancer to the company's glyphosate-based pesticide, Ranger Pro. Since then, he has been supporting efforts to reduce use of toxic pesticides on school grounds.

New on the Podcast: The Future of Food Policy Has Big Implications for the Environment