Home » Foodservice Industry » Voters in Portland, ME to Decide Whether to Raise Wages for Workers

During the 2022 municipal election in Portland, ME, registered voters will decide whether to raise the baseline salary for tipped workers from US$6.38 an hour to US$18 an hour, plus tips, by 2025. Proponents believe this will end a legacy of exploitation in the restaurant industry. The ballot measure has been endorsed by Hillary Clinton and Bernie Sanders.

Question D – An Act to Eliminate the Sub-Minimum Wage, Increase Minimum Wages and Strengthen Protections for Workers – is one of four referendum questions written by the Maine Democratic Socialists of America (DSA), a member run, member led, and working-class organization. If passed, it will increase the minimum wage to US$18 an hour, plus tips, and eliminate the sub-minimum wage by 2025. The increase will affect restaurant workers, taxi drivers and other ride-hailing services, personal shoppers, and delivery workers. The measure will also create a Department of Fair Labor Practices to protect and enforce wage and worker safety laws.

“What is progressive about [this] measure is that it [would end] all subminimum wages in Portland,” Saru Jayaraman, founder and President of the national worker advocacy organization, One Fair Wage, tells Food Tank.

Leo Hilton, Agenda Chair at Maine DSA and a resident of Portland, ME tells Food Tank that Question D is part of a nationwide movement. If it passes, he says it will help set a precedent for what other municipalities feel empowered to do.

The campaign opposing Question D, Enough is Enough, claims that the Act would “[decrease] worker pay by eliminating the tip credit.” In total, the campaign has raised over US$1.3 million, much of which has been put toward propaganda, including urging voters to “Vote NO on Question D.”

Enough is Enough is backed by members of the National Restaurant Association (NRA), including DoorDash and Uber. Both companies collectively contributed US$284,989.27 to the campaign. The NRA is based in D.C. and was founded in 1919 as a corporate restaurant trade lobby. According to One Fair Wage, the NRA has continuously sought “to suppress workers’ wages and maintain the subminimum wage for tipped workers.”

Steve DiMillo, a restaurant owner opposed to Question D, has contributed $35,000 to Enough is Enough. And the owners of Friends & Family argue that the ballot measure would negatively impact business and worker compensation, causing some businesses to close and workers to lose their jobs.

But Jesse Saffeir, a back of house worker at Friends & Family, spoke out on social media in support of Question D: “[It] is a lot bigger than just the [food]service industry, it’s also about raising [the minimum] wage for all workers from 13 an hour to 18 an hour. You can’t live on 13 an hour in Portland.”

Corinna Stum, Co-owner of Ruby’s West End and Brianna Volk, Owner of Portland Hunt + Alpine Club, also support passing the ballot measure. They and other proponents believe doing so will positively impact work culture, improve customer service, and create more buy-in from employees, while ensuring that people who work in Portland can afford to live in Portland. Volk argues that passing Question D will also help address an ongoing worker shortage in the industry; “that’s not only good for workers, but good for businesses,” she says.

A survey of almost 3,000 food service workers found that 53 percent of workers were considering leaving the industry, primarily because of low wages and tips. Nearly 80 percent shared that they would need to receive a livable wage plus tips to stay in the industry.

Nationwide, 70 percent of nearly 5 million tipped workers are women and 43 percent are people of color, the two demographic groups most likely to receive the lowest tips. Additionally, The New York Times reports that undocumented workers may be less likely to speak up about wage violations due to potential repercussions.

According to Jayaraman, the tipped wage is a practice rooted in a legacy of slavery. The U.S. culture of tipping became widespread following emancipation, when white restaurant owners sought ways to avoid paying their Black workers. Raising the subminimum wage can represent a critical step toward empowering the Black workforce nationwide.

Ultimately, Jayaraman tells Food Tank, “giving people a living wage, and not having them live on the biases of customers, is so critical.” 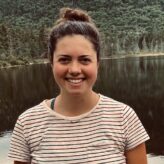