Whitney McFerron is the lead writer and editor for One Acre Fund, a nonprofit social enterprise that provides farmers with the financing and training they need to grow their way out of hunger and poverty.

Moses Odoli is watching his newly planted maize crops grow this season with a mixture of worry and hope.

Moses, a smallholder farmer from Nambuku village in Western Kenya, saw his last two harvests fail because of drought, and he’s counting on the return of the rains this year to ensure his family’s survival. Worrying about the weather, and how he’ll feed and pay school fees for his seven children, keeps him up at night. He’s afraid that because of climate change, extreme conditions like droughts, crop diseases, and pests will become more common. Although it’s been raining more lately, he recently found armyworms feeding on his waist-high maize plants. The destructive caterpillar is an invasive species, and its spread has been linked to climate change.

“I think it is becoming progressively worse,” said Moses, 56, recalling another dry season four or five years ago—difficult, but nowhere near as bad as last year. “During my parents’ time and when I was growing up, it would rain all year. Our parents had plenty of food compared to us.”

Extreme weather is a hallmark of climate change, and smallholder farmers like Moses are already feeling the toll. Famines caused by droughts and conflicts are endangering millions of lives in South Sudan and Somalia. Tight food supplies have sent maize prices to records this year at local markets in Kenya, Tanzania, Ethiopia, and Uganda, according to the United Nations.

It’s important that farmers become better equipped to deal with volatile weather because, for many of them, the extreme conditions predicted by climate scientists have already arrived. One Acre Fund, a nonprofit working with more than 440,000 smallholders, is promoting a number of climate-smart farming techniques to help farmers adapt and eventually begin to mitigate climate change in the future.

Farmers who enroll with One Acre Fund can choose from a range of crops and seed varieties, and the organization is constantly doing more research so that it can make optimized recommendations about what plants perform best at the local level, including in drought-prone areas. One Acre Fund also offers training programs that encourage crop rotation, diversity, and composting, in order to help soils remain resilient and rich in nutrients.

In addition, the organization is supplying farmers with tree seeds or seedlings, and as a result, farmers have planted millions of them in the past five years. Trees, which can generate income when cut, are also useful because they sequester carbon and reduce erosion. They’re one of the most powerful tools we have for fighting climate change.

Andrew Musamia, a 54-year-old farmer in Sasuri, Kenya, credits the agricultural training he received for helping him to produce enough food for his family, in spite of the drought last season. His crop was less than half of the prior year’s level, but he still managed to collect six bags of maize, enough to see them through until the next harvest. He counts himself as among the lucky ones. Some of his neighbors who aren’t enrolled with One Acre Fund didn’t harvest anything at all, he said.

Rosemary Wanyama, a 45-year-old farmer with 10 children, increased the amount of land she enrolled with One Acre Fund this year, in spite of losing most of last season’s harvest to drought. She hopes that the rains will return and that she’ll harvest an even bigger crop than usual to make up for last year’s losses.

“Drought does not discriminate,” Rosemary said, adding that One Acre Fund farmers and farmers who didn’t enroll in the program were both affected. “I am hopeful for the next year that we will have a good harvest, because God cannot forsake us twice.” 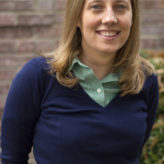 Whitney McFerron is the lead writer and editor for One Acre Fund, a nonprofit social enterprise that provides farmers with the financing and training they need to grow their way out of hunger and poverty.

Smart Food for a Global Population, an Interview with Joanna Kane-Potaka

The International Community Reacts to the U.S. Withdrawal from the Paris Accord

New Cookbook Boasts Healthy Recipes That Can Save the Planet