Many of us in the world of food policy are excited by what is happening in cities. Hundreds of municipalities are developing and delivering policies to improve the food system. Fortunately, extensive efforts to document them means we know a considerable amount about what they are doing—a whole host of activities, including improving public procurement, building greenbelts to address climate change, training organic gardeners, enabling rooftop gardens, innovating strategies to reduce food waste and improve food safety, cutting down on trans fats, introducing soda taxes, eliminating marketing in sports stadiums, and tackling food insecurity.

We know a lot less, though, about how cities are managing to do all this. When change—especially policy change—can be so extraordinarily difficult, how have cities actually made it happen?

This was the question behind a new report released this week from the International Panel of Experts on Sustainable Food Systems (IPES-Food). Looking in depth at four cities—Nairobi (Kenya), Belo Horizonte (Brazil), Detroit (USA), Amsterdam (the Netherlands)—and one city-region, the Golden Horseshoe (Canada), the report explores the nuts and bolts of policy making. Based on interviews, it shares the insights of people who have made urban food policies happen, so that others can make food policy happen in their cities, too.

Our findings? Cities are undoubtedly innovators in food policy but that this innovation happens through often quite mundane processes. It’s not always exciting; it happens mainly behind the scenes, but it matters a great deal for getting stuff done.

In Nairobi, for instance, we uncovered the fascinating story of how urban agriculture went from being perceived as a blight on the city to an asset that is positively promoted by the Nairobi Urban Agriculture Promotion and Regulation Act 2015. What brought about this U-turn was the sustained efforts of civil society to unify and amplify the voices of urban farmers and to build supportive relationships with national civil servants.

In Detroit, we found that, through the 2013 Urban Agriculture Ordinance, the city had moved to regulate and support burgeoning urban agriculture activity, which has been putting vacant land to use and bringing fresh food to many neighborhoods. It did this through an inclusive process involving the urban farming community as well as planning professionals, and negotiations with state-level farm interests overcame a major legislative barrier.

In the city region of the Golden Horseshoe around Toronto, Canada, we found a healthy alliance of people from across the food system implementing the ten-year Golden Horseshoe Food and Farming Plan to support the economic viability of the sector. How did they manage to agree on a common plan between many different actors, professions, and potentially conflicting interests? The key was a drawn-out drafting process with skilled mediators going back and forth to reach consensus-wording that meant the same to everyone.

In Belo Horizonte, we found a policy to tackle food insecurity that has been in place for more than 20 years. What lay behind the longevity of this policy was undoubtedly its early institutionalization within city government, while civil servants have worked behind the scenes to uphold the core principles, particularly through changes in municipal government.

In Amsterdam, we found a relatively new policy that promotes integrated working between city departments to address the structural causes of obesity. What enabled this integrated working was requiring each department to identify ways to address obesity through its day-to-day work. Moreover, to demonstrate that obesity is not just a public health matter, initial responsibility for the program was given not to the Public Health Department but to Social Development, instead.

Cities are doing a lot. They are identifying, leveraging, and growing their powers where necessary. They are engaging across government, involving communities, civil society, and food system actors, finding innovative ways to fund themselves and working hard to gain the political commitment needed for them to last. What we now need far more of is monitoring, evaluation, and learning. Cities are aiming to transform their food systems, no less. To do so, we need to know more about where they are having an impact, what the impact is, and what can be done better. A better understanding of the pathways to positive change will help show, even more, what urban food policy can do to change the food system and where it can have the most impact. 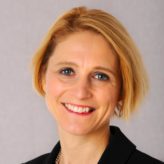 Professor Corinna Hawkes is Director of the Centre for Food Policy at City, University of London, UK, a Centre dedicated to advancing the thinking and practice of integrated and inclusive food policy. Her work focuses on how food systems policies can more effectively address poor quality diets and malnutrition worldwide in cities, countries and globally. Corinna serves as Co-Chair of the Independent Expert Group of the Global Nutrition Report and is a member of the International Panel of Experts on Sustainable Food Systems. You can read her reflections on food policy here.

Jess Halliday is a consultant and researcher who specializes in governance of local level and urban food policy. In recent years she has worked with the International Panel of Experts on Sustainable Food (IPES-Food) and the UNESCO Chair on World Food Systems in Montpellier, France. Jess received her PhD in food policy from the Centre for Food Policy, City University London in 2015. Prior to this, she worked as a journalist for over a decade.