Obesity is known to have negative consequences for human health, but a recent study indicates that it can be just as detrimental to the health of the planet. Researchers at the London School of Hygiene and Tropical Medicine suggest that overweight people are more likely to be responsible for carbon dioxide emissions than lean people.

Heavier people require more food. Energy expenditure increases with rising body mass index (BMI), which means that a heavier population requires 19 percent more food energy for its daily energy requirement, according to Edwards and Roberts. The greater the population of obese people, the more food that needs to be produced, which could increase fossil fuel use in the agricultural sector – which already contributes one-third of all greenhouse gas emissions worldwide.

Obesity also increases carbon dioxide emissions through extra strain on transportation. The overweight population requires additional fuel to move heavier bodies. Edwards and Roberts assume that extra fuel energy from vehicles used by the overweight population increases annual greenhouse gas emissions between 0.4 gigatonnes and 1.0 gigatonnes per year. This estimate is based on the interplay between increased car use, greater energy input needed to move heavy people, and decreased physical activity.

Edwards and Roberts suggest that transportation policies that encourage human-powered travel methods, such as walking and bicycling. They see this as a crucial element of future food policy: 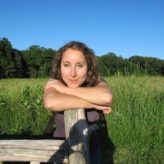 Suzannah employs food as a fun, delectable, and crucial way to change the world. She works on a variety of sustainability endeavors at a large catering company while pursuing a Master’s in Food Studies at NYU. Her academic arenas include the history and social implications of veganism, drinking water psychology, and streamlined sustainability. You can find her on Twitter @suzieaprovecha

Food Tank Book of the Week: Salt, Sugar, Fat: How the Food Giants Hooked Us by Michael Moss