Last week, my Facebook news feed was happily buzzing with messages of love. The group of young professionals we brought together for a once-in-a-lifetime social media reporting experience were celebrating – and naturally, using social media as their party ground. Furthermore, these young people are spread all around the world – from Trinidad and Tobago to Nigeria, the Netherlands, China, and beyond!

One year ago, on October 28, 2012, these young social media enthusiasts were kicking off the reporting of GCARD2 (Global Conference for Agricultural Research for Development), organized in Uruguay by the Global Forum on Agricultural Research (GFAR). They proved that a love for technology and a love for agriculture don’t have to be mutually exclusive.

After two days of training on social media and social reporting prior to the event, the participants took off on-site with blogging, tweeting, Facebooking, Flickring, and more, all in order to share the outcomes of the GCARD2 with the world and include more people in the discussions.

The magic of this team, however, lies in the way they brought forward what they learned during this one-time event to build and strengthen their own initiatives back home. Two months after the GCARD2, they had created their own baby social media projects all around the world.

And in the past year, has all of this ambition and creativity died down? If you guessed that it did, you guessed wrong. Here are just a few examples of how these young professionals carried on their social media, networking, and communications activities that started from what they had learned at the GCARD2.

The 6th African Science Week’s large young social reporters’ group beat records in outreach. The young woman at the center of this was the Forum for Agricultural Research in Africa’s (FARA) Idowu Ejere, a GCARD2 social reporting trainee. Young Professionals in Agricultural Research for Development (YPARD) took part in the event’s organization, empowered by their GCARD2 experience.

Dinesh Panday, from Nepal, focused on exploiting influential national daily newspapers as a medium to spread awareness about youth’s role in agricultural issues. We loved his feature story on Farming Matters, Youth and agriculture: It’s up to us. After GCARD2, Dinesh also became YPARD Nepal country representative and conducted a YPARD awareness campaign in all agriculture-focused universities of Nepal. Having experienced the benefits of working as a team and a network, he then built a strong YPARD Nepal working team of local representatives.

Machteld Schoolenberg, from the Netherlands, is now working at the International Fund for Agricultural Development (IFAD) headquarters in Rome on Geo-Information Systems in the Environment and Climate Division. One of the first things she did when arriving was integrate IFAD’s Social Reporters Team. She became addicted to experimenting with different social media platforms since GCARD2: Foursquare, Flipboard, Storify, Tumblr, and WordPress blogs. Her paperli built during GCARD2 is still up and running. She also gave several presentations on the benefits of social media for organizations at the Ministry of Infrastructure and Environment (NLs) and the Environmental Assessment Agency (PBL) and lead individual ‘workshops’/brainstorm sessions to 10-20 colleagues and friends on using social media professionally.

Myriam Perez Dumoulin, from Spain/France, advocates for the power of social media and its usefulness for youth who are interested in working in agriculture. Most notably, she coordinates a university course, which she is building around the concept of “social media to improve employability.”

Codrin Paveliuc-Olariu, from Romania/Belgium, has built up his blog on food security and social media with more than 190 blog posts so far. Additionally, he built a proposal for a “Digital Agricultural Communications” Master’s Program, and is now in discussions with four European universities for a possible implementation. He has also developed a proposal for a new corporate communications service for rapid issue management, and is now in discussions with two investment funds for seed funding. He has organized three #Youth2Ag Twitter chats on youth in agriculture, and has given approximately 50 presentations on food security, social media, and youth in agriculture.

Federico Sanchez, Costa Rica, is contributing to the implementation of VIVO, an online platform for effectively linking scientists in agriculture.

Olawale Ojo of Nigeria became a YPARD country representative, and in this position held an awareness meeting at Kogi State University; gave a training on the use of social media in February 2013; and a presentation on the importance of social media to the IITA Youth Agripreneurs in September 2013. He took part in the Africa Speakers Dialogue on Food Security in Kenya with Emmie Kio and a new team of YPARD social media enthusiasts; and in the #AASW6 and the CAADP-KIS workshop, both in Accra, Ghana. Meanwhile, he worked on developing his own initiative, Agropreneur Naija, which now has a Facebook page, more and more interactions on Twitter, and a revamped blog. Ojo also held the #cooltofarm Tweetmeet on three occasions.

Sridhar Gutam of India, is continuing his mission as YPARD India representative and his Open Access India activities. He participated in Science Forum 2013 at Bonn, Germany as a sponsored early career participant, benefiting from a great mentorship programme through the event. He also participated in the Regional Workshop on Youth and Agriculture in Islamabad, Pakistan and is working on buidling a YPARD network in Pakistan.

Each of these young innovators is still part of the GCARD2 Online Social Media Team, now re-baptized YPARD-SMT. They carry on their activity as an online social media support team for key events in agricultural development. You can find them here and there, as LinkedIn Coordinator or Flickr account manager for the 6th African Agricultural Science Week, Slideshare coordinator for GLFCOP19, part of the suppport team at the ICT4AG event organized by CTA, or simply covering the different events happening in all regions of the world through Twitter.

As it so happens, at this very time we are eagerly working on what will be the YPARD Global event of 2013, with quite a different concept from GCARD2. With the Center for International Forestry Research CIFOR and the CGIAR Research Program on Climate Change, Agriculture and Food Security (CCAFS) (the organizers of the Global Landscapes Forum to be held alongside UNFCC COP19 2013) and Peter Casier, the knowledge broker at the heart of all the above-mentioned events, we are organizing a TEDx-style session in which 11 young  professionals will take the stage to share their own stories as young professionals in agriculture and related areas. The Youth Session will have – once again – a strong social media and online presence, shared through a combination of webcasting, Twittering, and more. Be sure to check out the Youth Session’s website for the full programme.

The GCARD2 Social Reporting Team is at the root of an ever-growing organic movement, reaching out more and more to young people to get them involved in the field of agriculture in creative and fun ways. “There are millions of young people out there that need to have a voice and get involved; how do we reach and include them?” Federico Sanchez stressed, during the GCARD2. It’s a big job, Federico, but I think we are going in the right direction! Don’t you think so? 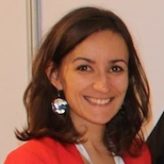 Marina Cherbonnier is YPARD Web and Communications manager and part of the YPARD Global Coordination Unit, based in Rome, since 2011. She studied Information and Documentation Sciences in France and completed a Masters in ICT4D (Information and Communications Technologies for Development) at the University of Manchester in 2010. She also received her B.A. in French and Ancient Literature (Latin and Greek). She was an intern at CTA, Wageningen for one year in the ICT4D Department in 2008, and International Volunteer in charge of the management of the media libraries of the three centres of the Alliance Francaise-Lagos in Ikoji, Yaba and Ikeja, in 2009. Follow @MarinaDev, on Twitter. Website: www.ypard.net