Ivy Ken (IK): School food is a major component of a sustainable food system. While we may think of schools as the places in our neighborhoods where children go to learn, major food corporations see them as markets. For decades, these companies have made most school districts dependent on the products they create to meet minimum nutritional standards. When control over school food is ceded to major corporations, children lose. The childrend are served products rather than whole foods; they are divorced from the sources of their food; and they become accustomed to a diet that fosters obesity, diabetes, and other health problems. The difficult, decentralized, dirty work of Farm To School Networks, eco-literacy programs, and policy advocates in every community is necessary to prioritize the well-being of children over the health of companies’ profit margins.

IK: We have to build a better food system in a range of spaces, from the garden to the boardroom to the city council chambers. I am an active volunteer in the gardens and food initiatives in D.C. public schools, including the D.C. Farm To School Network and the FoodPrints program, which focus on developing students’ ability to act as stewards of the environment. In addition, I study the implementation of the D.C. Healthy Schools Act, which incentivizes schools for providing locally-sourced, unprocessed food to their students. Finally, I participate as a watchdog over the maneuvers of the food service management companies that dominate the DC school food scene. This all requires vigilance, and lots of dirty hands and knees.

IK: The influence of food companies is an invisible juggernaut. It is incredibly powerful and pervasive, but it flies below the radar. Most people just don’t see it, or they don’t recognize its destructive force.These companies go to great lengths to keep any unpalatable activities or agendas hidden, and to present to the public a pleasing, community-oriented facade. The United States is a very pro-business kind of place, where the ability of companies to make money is understood to be an inalienable right. Criticizing companies for going too far in this environment does not go over well, even when children’s health is at stake. To do the work of uncovering the problems companies create, and to then convince the public to work together to keep companies’ influence at a minimum, is like catching a juggernaut with your bare hands.

IK: Without a doubt, my food hero is Andrea Northup, who currently serves as the Farm To School Coordinator at Minneapolis Public Schools. Ms. Northup brought the Farm To School Network to Washington, D.C., and initiated farm-related activities in the schools here and supported with policy. She was the major force behind getting Farm To School programs build into the D.C. Healthy Schools Act, and has gone on to work with students in other school districts with the same level of skill and determination.  She’s a school food star!

IK: Get large corporations out of the food system.

Ivy Ken is Associate Professor of Sociology at George Washington University where she teaches courses on inequality, theory, and school food policy. Prof. Ken's scholarship has focused on the ways food companies maneuver to maintain dominance in the supply of food for school meals. Recent articles such as "Big Business in the School Cafeteria" and "A Healthy Bottom Line" reveal the ways companies co-opt the notion of "community" as a strategy to deflect criticism and frame profit-maximizing practices as the solution to the problem of childhood obesity. Prof. Ken is an active member of the DC School Food Project and a DC Farm To School Network volunteer.

Five Questions with Ben Simon of the Food Recovery Network 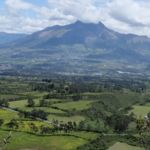 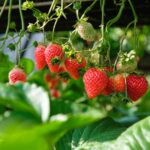