Food Tank recently had the opportunity to speak with social innovator and writer Vicki Robin, who was one of the speakers at the 2015 Food Tank Summit in partnership with The George Washington University.

Vicki Robin (VR): My goal as a writer is to move people with my words. For me, it is not enough to inform or expose. Through my storytelling about food and farming and systems, through my diction and metaphors and scenes and explanations, I invite readers to personalize the narrative—to ask what they can do in their own lives to make change rise to challenges, or test their mettle. I write to inspire action.

VR: My personal adventures in local eating, narrated in Blessing the Hands that Feed Us, led me to want to be a food system change-maker. I am working in my local community and inspiring a local food shift in eaters everywhere.

Locally [on Whidbey Island in Puget Sound, Washington], I’m working with a team to restore a classic 6000-square-foot community building to be a local food cafe, green grocer, and education hub—to provide a good food center for our island community that increases prosperity for local farmers.

Nationally, I hosted the first 10-Day Local Food Challenge in October 2014. Over 100 eaters participated, and in 2015 we will engage 1000 eaters—and ten times that in interested onlookers. The “game” is: for 10 days, source food from [within] 100 miles [from] home, giving yourself 10 “exotics,” foods from afar you can’t live without.

VR: People who believe in local sourcing have trouble doing it because we live in the land of cheap fast food. Given this, whole local food often costs more because industrial food is unnaturally cheap, [and whole food] is less convenient, requiring shopping from multiple vendors during limited hours. Few people learn to cook from parents or in home economics, and so don’t know how to cook for whole ingredients rather than packages.

VR: Wendell Berry’s writing cast a spell on me years ago. I’m attracted to what I feel in his writing: a kind of decency and the sense of “membership”—of people who live in and from a place, becoming part of the place and one another. I admire also his capacity to be a moral voice, to name the creeping evils of our times so we understand we have a choice to make. I appreciate that he isn’t one to make public displays of protest, but did step with dignity and good humor into coal mining issues. I think I am a place-based “relational” eater because of him. Current heroes are those in Congress who propose and defend policies that support small scale diverse farms—and farmers—like Chellie Pingree from Maine

VR: Buy, cook, and share food from local farmers. By changing habits, menus, and policies, we restore our bodies & food systems to health. 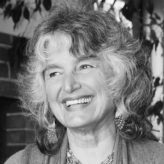 Vicki Robin is co-author of the perennial best-seller, Your Money or Your Life, and author of the new book, Blessing the Hands that Feed Us; lessons from a 10-Mile Diet. Called the "prophet of consumption downsizers" by the NYTimes, Vicki's radical common sense approach to money, food and life inspires people to think deeply and act with integrity. She's a prolific social innovator, having helped launch Sustainable Seattle, Awakening the Dreamer Symposium, New Road Map Foundation, Conversation Cafes, Transition Whidbey... among many other projects. Vicki designed and launched the 10-Day Local Food Challenge for eaters who want to kick-start their shift to local eating. She's an entertaining and inspiring speaker, and has been featured in hundreds of media outlets, including Oprah, NPR, NYTimes, WSJ, Utne, People. Her popular TEDx talk is on "Relational Eating."