Antonio Roman-Alcalá, currently the sustainable food campaigner for Friends of the Earth US, shares why agrichemical and seed mega-mergers are harmful to the food system.

The agricultural seed and pesticide market is already extremely concentrated. Three impending mergers between six of these corporate giants (Bayer/Monsanto, Dow/DuPont, and ChemChina/Syngenta) will further consolidate market and political power, leading to even greater corporate control of our farms and plates.

The companies involved are confident that the mergers will be approved, and President Trump’s pre-inauguration meeting with CEOs from Bayer and Monsanto indicates that politics might trump antitrust legal procedure and precedent. Still, there is widespread opposition to the merger from farmers, consumers, workers, environmentalists, and regulators, as evidenced by the 320 organizations and farmers who recently sent a letter to the U.S. Department of Justice asking them to block the mergers. The mergers are far from a done deal.

Here are five reasons these mergers are dangerous and should be stopped:

1. These mergers will harm farmers and ranchers.

According to recent polls, 67 percent of United States farmers oppose the mergers—with good reason. These mergers will result in fewer options for farm inputs like seeds and pesticides, and farmers will likely have to pay more for these inputs.

Input prices will increase because of a lack of competition among ever-fewer and ever-larger sellers of these products. Monsanto already controls a large part of the global seed market. If all three deals were to close, the resulting companies would control nearly 70 percent of the world’s pesticide market, more than 61 percent of commercial seed sales, and 80 percent of the U.S. corn-seed market.

This high level of concentrated ownership is a recipe for price collusion and the reason why antitrust law exists in the first place: to prevent large economic entities from having so much market power that they effectively control markets and prevent competition.

Already, commodity crop producers have been dealing with falling prices paid for their soy and corn and a small number of buyers who dominate the purchasing side of grain markets—companies like ADM, Bunge, Cargill, and Louis Dreyfus. Many producers are only making a living thanks to government crop insurance” programs that provide support beyond what these companies pay them (often below the cost of production). Farmers are at risk of being further squeezed by powerful companies buying their output and selling them inputs. As farmers lose money year after year and default on loans, we could see a repeat of the 1980s farm foreclosure crisis.

Conventional farmers will be further locked in to using integrated product packages designed by these companies. For example, Monsanto sells “Roundup Ready” soy and corn seeds, which they genetically engineer to withstand their proprietary herbicide, “Roundup” (key ingredient: glyphosate). With fewer companies in the marketplace, a smaller number of these packages will dominate the marketplace, which means fewer choices will be available to farmers.

The merger will raise seed prices for both commodity crops like soy, corn, and cotton, and vegetables with patented genetic components. For example, one study predicts the mergers would raise the price of cottonseed at least 18 percent, while corn seed would rise 2.3 percent.

Crop farmers are not the only food producers who are at risk. Dairies and ranchers could face increased feed prices, as the seeds and chemicals sold by the merged companies are widely used to produce the feed that sustains these operations.

For organic farmers, greater market penetration of genetically engineered (GE) seeds will increase the potential for cross-farm genetic contamination, when wind-blown GE pollen drifts onto their fields and into their crop. This contamination could mean more company lawsuits against farms alleging improper use of patent-protected traits. The greater use of pesticides that comes with GE pesticide-resistant seed varieties would likely also cause a greater incidence of pesticide drift-related damage to organic fields.

Exacerbating the existing consolidation of the seed industry, the mergers would further reduce the availability of diverse seeds from multiple sellers. Crucially, seeds that do not contain patented traits and that farmers can save and replant themselves will become even less common or available.

The impact on prices of inputs for farmers could drive up consumer prices for all foods, especially those with commodity-crop ingredients. Animal products could also be affected by increases in alfalfa and other feed prices; clothing made from U.S.-grown cotton could be similarly affected. Previous mergers in the telecommunications and aviation industries indicate that mergers hurt rather than benefit consumers.

Regardless of Trump administration assurances that Bayer and Monsanto would provide additional jobs after their merger, this is an incredibly unlikely outcome. Mergers happen precisely because they increase profits by cutting costs and reducing redundancy by creating synergies—all code words for layoffs. Workers within these companies are likely to be laid off in restructuring, especially in research and development departments. Already, DuPont announced it would cut 1,700 jobs in Delaware, employees are losing pensions and retirees are worried that promised pensions might be withheld. Dow is expected to reduce its workforce in Michigan.

For farmworkers, impacts could be worse. Increased seed and input costs on farmers will put them in an even more diminished position to pay farmworkers living wages, leading to greater burdens placed on workers to work faster and for less. At the same time, pesticide use will likely increase due to the spread of pesticide-associated seed varieties—leading to greater pesticide exposure for farmworkers. Compounding these injustices, the increased power of industry in the pesticide regulation process may result in less stringent controls over pesticide use and thus greater harm to farmworkers.

The increased political and economic power of already powerful corporations will lead to the further entrenchment of the entrenched farming model—one dominated by GE seeds and pesticide-intensive production methods. Since Roundup Ready seeds were introduced in 1996, usage of glyphosate has expanded 15 times over. This farming model will receive the near-exclusive attention of post-merger research and development departments, while farmers will be stuck using existing products, with few competing products or models to turn to.

Combined with existing and deepening consolidation in the dairy, meatpacking, and other food industries, the mergers will likely also reinforce the environmentally damaging practices of Confined Animal Feeding Operations (CAFOs). CAFOs rely on feed grown with the genetically engineered, industrial farming technologies pioneered by the merging companies. With few alternatives to turn to, farmers will continue growing the feed crops that make CAFOs possible.

5. The “lock-in” of industrial agriculture will prevent the expansion of food systems that work for people, pollinators, and planet.

All of this focus on continuing business as usual in the corporate agrichemical and seed world may push back existing efforts to transform the food system to one that is sustainable and just. The “pesticide treadmill” that keeps farmers hooked on chemicals will be compounded by ever-shrinking choices for other farming methods and products.

Organic, agroecological, and socially just farms receive a low percentage of public and private research funds disproportionate to their popularity in the market. With the private sector wrapped up in industrial methods, and continuing to focus research investment on GE seeds, research into more sustainable methods will be further deprioritized. In particular, the availability of diverse, non-GE, locally appropriate seed varieties (which suit both conventional and organic producers) will suffer.

Add to this the agrichemical/seed industry’s increasing clout on college campuses, resulting in publically funded research institutions production of agricultural innovations that suit company bottom-lines, not the public good. Thus, the trend of reduced public investment in diverse seed research and development is likely to accelerate as a result of the mergers, leaving farmers with fewer resources with which to transition to more sustainable forms of farming.

What can you do about it? 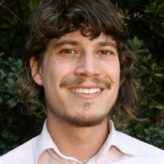 Antonio is currently the sustainable food campaigner for Friends of the Earth US. For almost 15 years Antonio has worked for food systems change through collaborative, people-powered projects, from urban farms, publications, and documentary films, to public space design, community organizing, and policy advocacy. He co-founded Alemany Farm and the San Francisco Urban Agriculture Alliance, directed the documentary film “In Search of Good Food,” and helped to form the California Food Policy Council. He teaches permaculture with the Urban Permaculture Institute and University of San Francisco. Antonio’s writing and analysis has been published in print, online, and in peer-reviewed academic journals. Antonio holds a B.A. from University of California, Berkeley and an M.A. from the International Institute of Social Studies in The Hague, Netherlands, and blogs at antidogmatist.com.