Saudi Arabia, Egypt, the United Arab Emirates (UAE), and Bahrain recently announced they were cutting diplomatic relations with the nation of Qatar due to supposed ties to terrorist groups. This announcement has far-reaching ramifications for the nations as a whole as well as Qatari citizens, among them being a growing food insecurity.

The four Arab nations abruptly cut ties with Qatar in what the Washington Post reports to be a colluded affair. Saudi Arabia then continued to push other Persian Gulf nations to cut ties, including the Maldives, Libya, and Yemen. Oman and Kuwait remain as the only two Gulf nations who have maintained their diplomatic ties with Qatar, now acting as intermediaries in negotiations.

Qatar is home to 2.7 million people and rich in oil and natural gas. Unfortunately, the desert nation has limited arable land and imports 99 percent of its food as agricultural production stands at only one-tenth of a percent of the nation’s GDP.

With limited agricultural resources, Qatar imports the vast majority of food, largely from surrounding nations like Saudi Arabia and the UAE. Following the cutting of diplomatic ties and leveling of sanctions, thousands of trucks carrying food stuffs were stopped at the Qatari border, creating panic from consumers. Saudi Arabia sealed Qatar’s only land border, a border used largely to bring in food imports.

Consumers rushed to supermarkets in Doha, Qatar’s capital city, hoping to stockpile food, cautious of possible food shortages to come in the near future. While the Qatari cabinet promised to protect the nation against food shortages, it is unclear how they will be prevented. As of mid-July, there has been limited movement. While other nations promise to send more food to prevent any shortages, and negotiations are slowly progressing, no new national policies have been put in place.

Iranian Air spokesman Shahrokh Noushabadi has promised to support Qatar with shipments of food. Days after the announcement, Iran sent four cargo planes full of food supplies, promising to send more. Turkey has also pledged food support, as fears of a food shortage grew. Qatari Businessman Moutaz Al Khayyat promised to ship 4,000 cows to Qatar as the onset of a dairy shortage began, but has been delayed due to extremely high shipping costs.

The International Business Times reported shipments from Iran and Turkey include meat, vegetables, and fruit, but many world leaders and policy experts warn of a worsening crisis as the rift in the Gulf appears certain to grow.

On June 9th, the coalition of Arab states drew up a terror sanctions list, which included a dozen organizations and 59 individuals it accused of having ties to Islamist terror groups, including members of the Qatari royal family and companies with close ties to the government. Qatar denounced the list immediately, claiming it had no basis in fact. Meanwhile, Turkish president Recep Tayyip Erdoğan worked to draw up legislation for increased military cooperation with Qatar, including the potential deployment of Turkish troops. 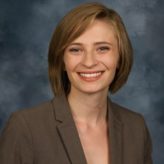 Elena is a Research and Communications Intern for Food Tank. She is an Iowa native currently working towards a degree in international relations and economics at Drake University. She is especially interested in the influence of politics on food security.

Stepping Up to the Plate: The Private Sector’s Role in Fighting Food Waste