On “Food Talk with Dani Nierenberg,” Carla Vernón, the Natural & Organic Operating Unit President and Corporate Officer at General Mills, talks about the company’s role in environmental stewardship. Leading the company’s environmental strategy, Vernón aims to multiply the ways the company positively impacts the land and environment through regenerative agriculture: “it can also allow us to restore some of the high quality attributes back to our farming systems… increasing biodiversity, macronutrient richness, the health of the water table,” says Vernón. “It’s really about moving from sustainability to real stewardship and enhancement.”

“And I’m going to try any kind of genuineness or authenticity I can to show you we don’t just talk about it. We’re going to put people, dollars, and activities into it—and bring along our humble mindset,” says Vernón. General Mills formed several commitments toward regenerative agriculture, partnering with Gunsmoke Farms to convert 34,000 acres of land into organically farmed land and with The Land Institute to develop a market for Kernza: a perennial grain with long roots that helps soil maintain its carbon sequestering benefits.

“We’re learning a lot as we go,” says Vernón. In 2017, General Mills approved a US$500,000 charitable contribution to support research on Kernza. In addition to investment, General Mills’s Cascadian Farm experiments with a test plot of the grain and purchased an initial harvest for a new cereal. After surprisingly low yields, Cascadian Farm’s small-batch launch released 6,000 boxes in April 2019; to receive one, consumers can donate to The Land Institute’s research on Kernza.

Vernón credits General Mills’s small acquired businesses with principles, transparency, and accountability that guides the company today. “They are so close to the front line of driving change in the food system that they can actually pull a big company like us along and help introduce us to some of these practices and partnerships,” says Vernón. For General Mills, the most crucial partnerships are those made with farmers, ranchers, and growers who not only produce ingredients, but also engage in dialogues that help General Mills, and consumers, support them.

And by featuring photos of trusted farmers on their packaging and information about the farms that produced the foods in the box, General Mills hopes to engage consumers in the conversation so that they can understand why climate-beneficial agriculture is important for everyone. “I think all great movements need to appeal to… the consciousness of the general population so that the movement has staying power” for future farmers and families, says Vernón.

Dan Barber and Kathleen Merrigan on the Power of Deliciousness 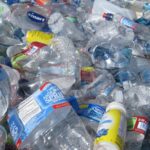 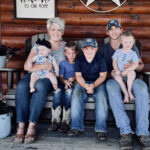