Although waste prevention in Japan has been prioritized both by national and local governments, food waste prevention has lagged significantly behind recycling programs. But the analysis of food loss in Japan is now the aim of new institutional initiatives aimed at improving the national food system.

Deliver-by and the sell-by dates roughly divide the product shelf-life into three parts, and give birth to what is commonly known in Japan as the “one-third rule.” This mandates that the delivery of a food product (to the retailer) has to be made within the first one-third of the shelf-life and that the sales period has to be limited to the first two-thirds of its shelf-life. This rule was arbitrarily formulated by major supermarket chains in the 1900s and became widely adopted in the entire distribution sector, even though it is not clearly regulated by any legislation.

In October 2012 the Ministry of Agriculture, Forestry and Fisheries established a Working Team representing the first multi-stakeholder and cross-institution initiative with a holistic approach to the entire system. The Team is trying to ease delivery-by and sell-by dates, to formulate new scientific tests to extend some best-before dates, and will test the effectiveness of removing the expiration date on the product label in order to allow easier understanding by consumers.

From March 2012 food businesses have the legal obligation to report the actual weight of the food waste they generate from both their manufacturing and distribution processes. A provisional target value of reduction was also establishedas a non-binding objective for sixteen large businesses producing a large amount of edible waste. In 2014 the number of participating firms will increase to at least 21 to include food service businesses. The new 2014 target values will be mandatory.

The reduction of food loss is regarded as having potential to improve the economy by directly decreasing extra disposal costs and allowing resources to be more efficiently used. In fact, the target values for food waste reduction and the other measures for improvement in the distribution system are contributing to overall food cost reduction and helping to secure a stable food supply. If the Japanese food industry achieves further efficiency in handling its resources, the entire national food system will benefit from a higher autonomy, reducing Japan’s dependence on imported resources—and makes clear how the Japanese government has attached critical importance to food loss reduction initiatives as an additional strategy to raise the country’s self-sufficiency rate for food. 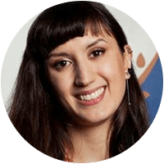 101 Additional Organizations to Watch in 2014