Malnutrition levels comparable to Malawi, hazard risk exposure greater than Haiti, and lower-middle-income status. These perplexing conditions mark the country of Guatemala, the wealthiest country served by the U.S. government’s global hunger and food security initiative Feed the Future. Factors that conspire to make abysmal development indicators so stubborn in the Guatemalan context are explored in the new report Tracking Promises: Analyzing the Impact of Feed the Future in Guatemala, published by the Global Food Security Project at the Center for Strategic and International Studies (CSIS). The report and corresponding documentary shed light on the successes and short-comings of both domestic policies and Feed the Future programs to reduce poverty and improve nutrition in Guatemala. Given these experiences, it proposes thoughtful and actionable recommendations for both U.S. and Guatemalan governments.

Since the end of its multi-generational civil war in 1996, Guatemala has made underwhelming progress on its development targets. In fact, the national poverty rate has increased over the last decade, from 51 percent in 2006 to 59 percent in 2014. Meanwhile, the prevalence of stunting among children under five years of age remains one of the highest in the world at 46.5 percent, only a marginal improvement from 55 percent in 1995. Barriers to progress in Guatemala include extreme wealth and land inequality, inadequate infrastructure, poor access to basic services, vulnerability to climatic shocks, and persistent crime and violence. These factors are compounded by the deep-rooted marginalization of indigenous groups, which make up 40 percent of the total population.

With tax revenue averaging only 11 percent of GDP annually, government programs are vastly underfunded in Guatemala, and scarce resources are further eroded by endemic corruption and fraud. A lack of continuity in public programming and services, such as agricultural extension, has thwarted their success. Each tumultuous election cycle has ushered in new strategies and new hires, precluding long-term planning and curtailing the potential for a permanent civil service. Finally, overlapping mandates of a laundry list of institutions have resulted in crippling bureaucracy and a dearth of leadership. It is hardly surprising that the same needs that faced Guatemalans decades ago remain pressing today.

Since its inception in 2010, Feed the Future has worked in Guatemala to reduce poverty and stunting within its geographical “zone of influence” in the Western Highlands, which encompasses roughly 1.6 million people. Feed the Future implementing partners have delivered a broad basket of services, including connecting farmers to domestic and international value chains, providing access to productivity-enhancing agricultural inputs, equipping health and nutrition workers with technical skills, convening stakeholders, and strengthening information and monitoring systems. These activities have augmented sales in the coffee and horticultural sectors, created 20,000 new jobs, and reached 249,000 children with nutrition interventions.

That said, room for improvement remains. While the Feed the Future strategy aims to reduce poverty among the poorest and most vulnerable segments of the population, interventions in Guatemala largely exclude these groups in practice. Feed the Future’s export-oriented value chain approach does not primarily engage landless or otherwise asset-poor households. In fact, more than 80 percent of beneficiaries reached by Feed the Future’s largest project in Guatemala were already above the initiative’s established poverty threshold at baseline. Programming has also suffered from targets that were overly ambitious and misaligned with available resources; a budget of US$18 million to reach a population of 1.6 million warranted more modest poverty and nutrition objectives. Poorly defined metrics for monitoring progress against these targets, as well as minimal collaboration with civil society in reaching them, have further impeded the success of Feed the Future initiatives.

The report recommends that the U.S. government reassess resource allocation to improve programmatic coordination, better address the needs of target populations (including through off-farm income diversification strategies), and refocus on financial services and education. Despite the need for continued U.S. support, the report asserts that “the government of Guatemala simply must step up.” It calls on the Guatemalan government to increase funding for health and social safety net programs, to establish a permanent agricultural extension program, to invest in agricultural research and development, and to join the Caribbean Catastrophe Risk Insurance Facility. For both governments, the report advocates for greater emphasis on food and water safety and nutrition, improved engagement with civil society and advocacy groups, and increased transparency.

At the Guatemala Tracking Promises launch event at CSIS, German Rafael González Díaz, Secretary of the Secretariat of Food and Nutrition Security (SESAN) of the government of Guatemala, stressed the need for leadership and political will to achieve progress. Both the U.S. and Guatemalan governments should rally to that call.

The three-part Tracking Promises series conducted in-depth research and analysis on three of the most prominent Feed the Future countries: Tanzania, Bangladesh, and Guatemala. Through public and private events, technical reports, and videos, the series brings a field perspective to Washington, D.C., and gives policymakers and other stakeholders insight into what is working well—and where weaknesses could be addressed. Find all three country case-study reports and documentaries here. 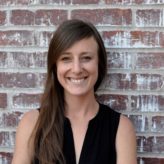 Kelsey Bachenberg is a Research Intern with the Global Food Security Project at the Center for Strategic and International Studies (CSIS). She is passionate about strengthening smallholder agriculture and food systems and holds a master’s degree from the Johns Hopkins School of Advanced International Studies.

Advocating for Food Sovereignty at La Via Campesina