Domiz refugee camp is nestled between the cities of Mosul and Duhuk in the Kurdish Region of northern Iraq. The camp was opened in 2012 to house around 2,000 refugees, and five years later, it is home to more than 40,000 forcibly displaced people, primarily Syrians fleeing the war. Over the years, the flimsy tents have been exchanged for more robust breezeblock huts, and the camp has been peppered with fruit trees and plots of land growing herbs, vegetables, and spices.

The Lemon Tree Trust is a United Kingdom-based nonprofit organization which facilitates greening innovation and urban agriculture in refugee camps in Iraq, Uganda, and Jordan. “People are arriving with almost nothing and are literally making home, so the garden becomes representative of a space that people have control over, some ability to be creative, and a space to just be in after they’ve undergone this process of forced migration,” says co-founder Mikey Tomkins. “It’s a question not only of personal dignity but also of social, communal dignity.”

Primarily, the Trust sees itself as a capacity-building organization, providing funding and supporting agricultural activities and businesses already under way in the camp. All staff members in Iraq are refugees from the camp, as the organization emphasizes the importance of local partnership and participation. This provides employment and income for refugee communities and tries to move away from the donor dependency trap many other food security projects fall into. By encouraging refugees to create their own gardens and food growing spaces, they become actively involved in their own livelihoods and are able to be creative and productive. It is also a sustainable approach, continuing and growing even when the U.K. Trust staff are no longer there.

“We know for a fact that in every refugee camp anywhere in the world we can grow food and install greywater systems,” says Andrew Adam-Bradford, an academic from the Trust. “Refugee camps have to have water provision according to the United Nations, and where we have cows and food and eating, we’ll have organic waste and so we can make compost. Your main inputs are in the camp already.”

Many of the refugees already have agricultural experience to build on. Aveen, one of the Trust’s local facilitators, tells of her childhood in a village outside Damascus in Syria. “My father worked in a nursery and in the fields and he was very happy, so I get this interest in green things from him.” Aveen raises awareness in the camp about the potential and benefits of greening and food growing, arguing that “the greenery is changing the way I feel for the better. So, I would like to show people by example that they should start planting, so life will be green.”

Urban agriculture and greening can also support female empowerment within the camps. Frequently, it is women who remain in the camp because husbands have found work elsewhere. Training women provides employment, activity, and food for the whole family. It can also act as a form of social protection for vulnerable women. Adam-Bradford explains that in refugee camps in Sub-Saharan Africa, firewood is frequently used as an energy source. Women and young girls often have to travel long distances to collect it, and these journeys carry a risk of sexual assault. Agro-forestry initiatives in and around the camp provide wood locally and reduce such risks.

While promoting the establishment of home gardens, the Trust fosters social cohesion, education, and larger-scale food growing in community gardens and supports small businesses. Sayed was running a small plant nursery when the Trust arrived. “I decided to create work for myself inside the camp,” he says, “The nursery doesn’t require large capital to start up, that’s why I chose it. But it was difficult to promote the business.” The Trust has helped him expand through the initial provision of seed and seedlings but primarily through promotion of greening throughout the camp, which has meant that many more people come to buy plants from Sayed.

Tomkins says that a key obstacle is the fear that urban gardens carry a permanence; they admit that being a refugee is often a not-so-temporary situation. “Many people perceive refugee camps as exactly that, a camp,” he says, “but the average time a refugee spends in a camp is 15 to 20 years. These are not camps! These are accidental cities.”

So, Tomkins argues, it is appropriate and necessary to put these urban agriculture projects in place during the construction of the camp itself. This is an immediate crisis response strategy which ensures that inhabitants can get planting right away and prevents the issues around limited space when urban agriculture is incorporated as a retrofit or afterthought.

Globally, there are around 65 million people living in refugee situations at the moment. Approximately one third of these live in protracted situations—long-lasting periods of uncertainty. Gardens can provide food and income but also a sense of beauty, home, and hope in a challenging situation. As Khalid, who created an aviary and garden in Domiz, notes, “feeding my birds and tending my garden makes me happy and helps me forget that I am a refugee. On a good day, I feel I hold the world in the palm of my hand.” 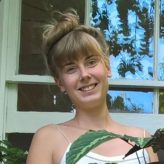 Helene graduated from the University of Oxford with a Masters degree in Environmental Governance in 2017. She is a freelance writer concerned with the intersection of food, agriculture and social justice with a concentration on seed conservation. She lives in London, United Kingdom.