In a farming region outside of Hyderabad, India, the nonprofit Kheyti is using a “Greenhouse-in-a-box” solution to build climate resilience and income stability among India’s smallholder farmers.

Founded in 2015, the organization’s founders spent thousands of hours speaking to Indian farmers to understand the issues they faced. “When we bucket [the problems],” explains Sathya Raghu Mokkapati, one of Kheyti’s co-founders to Food Tank, “there are two broad challenges: climate-based risks like heat, rain, [and] pests, and… distribution based risks like poor linkages to inputs, finance, knowledge, and markets.”

Kheyti’s greenhouse program aims to target both issues. “We did many experiments in open field farming to get stable yield and income but we failed because of many external factors like pests and diseases,” explains Mokkapati to Food Tank. This led Kheyti to focus their efforts on making greenhouse agriculture accessible to smallholder farmers.

Kheyti is currently testing out the model with a group of 50 farmers in Telangana. “The pilot group has shown very good results,” says Mokkapati. “[Farmers were able to] grow seven times more food using 90 percent less water when compared to traditional farming.” The greenhouse also provides natural protection from pests and extreme weather which requires farmers to use fewer inputs like pesticides and fertilizers. This helps farmers become more resilient to an increasingly unstable climate and allows them to cut down on input costs while increasing their yields.

In addition to providing farmers with access to the greenhouse, Kheyti provides seeds and fertilizer to help farmers get started with their first crops, provides education about greenhouse farming, and equips farmers with mobile phones so that they can contact Kheyti if they run into trouble. Then, the organization provides farmers with market access by partnering with retailers who will buy the produce straight from the farmer. And, Kheyti aims to build community between its farmers—who are all from the same region—through facilitated village meetings where the farmers gather and share their experience and help one another to solve problems.

In India, 82 percent of farmers are considered smallholders, meaning they own less than five acres of land. This was something Kheyti had to consider when designing the greenhouse—they eventually arrived at a design that takes up just two percent of a typical farmer’s land, allowing farmers to continue with traditional outdoor farming practices on the rest of the land. But if farmers desire more protected space after purchasing the initial greenhouse, it has the capacity to be expanded.

This modular design is key to addressing the issue of accessibility, according to Mokkapati.  A conventional greenhouse costs upwards of US$30,000, prohibitively expensive for many smallholder farmers. Kheyti’s greenhouse costs US$2,500, which Kheyti helps farmers finance at a lowered interest rate of eight percent through partnerships with local banks. Equipped with the ability to grow crops which are less vulnerable to extreme weather conditions (such as long droughts and water shortages), receive a higher market price for those crops, and limit the use of inputs like fertilizer and pesticides, farmers can depend on those crops to give them a steady income.

According to Mokkapati, the financing model may help to address some of the financial challenges smallholder farmers can face. In the last few decades, public sector banks have turned away from lending to smallholder farmers, who then seek loans from private lenders—some of whom charge annual interest rates of more than 60 percent.

The loan process remains an issue that Kheyti is working on. “The largest challenge for me is that the farmers are not getting the loans on time,” says Mokkapati. “Today on average, farmers will have to wait for a month to get the loan… We want to make this process simpler and faster and we are working on it.”

After the pilot group showed successful results, Kheyti hopes that the greenhouses can reach more farmers. The model operates without government subsidies, as Kheyti hopes the process of providing the greenhouses can be taken on independently by local businesses and farmer-owned collectives. “Replication and scale are the next steps ahead of us,” explains Mokkapati. “We want to reach a million farmers in the next decade, [including] global expansions to countries in South Asia and Africa.” 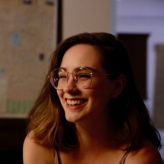