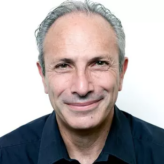 Dr Lawrence Haddad is GAIN’s Executive Director since 2016. In this capacity, since 2020 and up to the United Nations Food Systems Summit that took place on 23 September, Dr Haddad chaired Action Track 1 to ensure access to safe and nutritious food for all. He is also the co-convener of the Standing Together for Nutrition. Prior to GAIN, Lawrence was the founding co-chair and lead author of the Global Nutrition Report from 2014 to 2016. From 2004 to 2014, Lawrence was the Director of the Institute of Development Studies (IDS), the world’s leading development studies institute. Before joining IDS in 2004, he was Director of the Food Consumption and Nutrition Division at the International Food Policy Research Institute (IFPRI) from 1994 to 2004. From 2009 to 2010, he was the UK representative on the Steering Committee of the High Level Panel of Experts (HLPE) of the UN Committee on World Food Security (CSF). From 2010 to 2012, he was the President of the UK and Ireland’s Development Studies Association. An economist, Lawrence completed his PhD in Food Research at Stanford University in 1988.

On the first anniversary of the U.N. Food Systems Summit, it’s important to ask: Was it all talk and no action? Can the beautiful food system transformation plans come to life?