The United Nations declared 2014 the International Year of Family Farming (IYFF) to highlight the importance of family and smallholder farmers. Food Tank is partnering with the U.N. Food and Agriculture Organization (FAO) to commemorate IYFF, and will feature weekly posts and other media highlighting the innovations that family farmers are using to alleviate hunger, poverty, and environmental degradation along with the campaigns and policies that support them.

For many smallholder farmers in Kenya, “food waste” is a completely foreign concept. Most are toiling by hand to cultivate small pieces of land, eking out a few bags of grain each harvest. Those few bags will feed their families for less than half of the year. The grain inside is consumed before it rots or becomes infested by pests—the major causes of post-harvest loss. In fact, rotting and pest infestation are minor concerns in comparison to the overarching concern of many smallholder farmers: the hunger season.

Yet for smallholders farmers who are growing a surplus, preventing post-harvest loss through safe storage is imperative. After investing in seed and fertilizer to improve their yields, farmers need every bag of grain that they’ve harvested to earn a profit and feed their families. Safe storage is the difference between earning enough money to invest in new economic activities and suffering from a hunger season.

We work for an agriculture organization called One Acre Fund that enables smallholder farmers to grow enough food to end their hunger seasons. We provide a complete service model—seed and fertilizer, financing, training, and market facilitation—to 135,000 smallholder farmers in Kenya, Rwanda, and Burundi. This model is working: 98 percent of our farmers repay their loans, and they are increasing their incomes by roughly 100 percent per planted acre.

When our Kenyan farmers have their first harvest with One Acre Fund, they take up to 3 times as much maize out of their fields as they have in previous harvests. For the first time, they have to think about how they can safely store that maize for a year. Suddenly, the hunger season is no longer a concern—but post-harvest loss is.

In 2009, One Acre Fund started working to develop a low-cost and safe way for farmers to store their maize. Our research and innovation team developed a combination of training on correct post-harvest handling and storage of maize and distribution of storage materials. The storage materials that we offered were basic: simple white woven sacks that could hold 90 kilograms of grain, and actellic dust, a insecticide that prevents pest infestation of maize. These materials cost under $1 USD per bag of maize, and they would help our farmers protect their yearly food supply, as well as the stored surplus that they planned to sell at the market.

Of course, once we had developed this potential solution to prevent post-harvest loss, we had to test it in the field. Our research and innovation team will only roll out a new product to all of our farmers if it proves successful in a small trial with 100-500 farmers.

Before the trial was complete, we had already learned something interesting about farmer storage behavior: we discovered that the trial’s monitoring and evaluation was causing behavior change among farmers.

Each farmer was given a Maize Usage Tracking Sheet at the beginning of the trial to track the amount of maize they had in storage, consumed, sold, lost to pests or mold, gave away, and bought (and at what price) each day for six months.

At the beginning of the trial, we weren’t sure if farmers would be diligent in filling out the tracking sheet, which could be seen as a time-consuming chore without clear benefit. In fact, most farmers viewed it as exactly the opposite. They told One Acre Fund staff that the tracking sheet helped them increase the amount of maize they had for their families. It not only gave them a good picture of what they had, how quickly it was being used, and why; it also gave them ground to stand on when neighbors or family members were asking them to “borrow” maize.

“I realized I must conserve the maize and not give it out any more or I won’t have enough,” noted Gertrude Mukandachi, a farmer in Chwele District, western Kenya.

Another farmer in the trial, Collette Nasimyu, who was trying to put her two kids through school, told those who asked her for maize that the government was coming to check. “See,” she said, holding up the tracking sheet. “If I give it away they will know.”

As the trial progressed, monitoring and evaluation agents started coming back from the field with stories as well as data. The agents said that farmers were selling their maize during the highest prices of the season, and making significant profits. We decided to go meet some of these farmers ourselves.

In July 2011, we met Mourine, a farmer in Chwele District who had joined One Acre Fund in 2009. Before joining One Acre Fund, she had never harvested more than 2-3 bags of maize from half of an acre of land. In 2010, however, she had a great harvest: 9 bags of maize on half of an acre of land. Mourine is married with three children, so she planned to consume 5 bags over the course of the year, and sell 4 bags. She stored her maize using the techniques in the One Acre Fund maize storage training, and started using the maize tracking sheet. She noticed that the maize prices were very low just after harvest, and instead of selling her maize, Mourine started buying maize and putting it in storage. In January, she sold 2 bags of maize to pay school fees. In April, she sold 2 bags of maize to earn money to help purchase a cow. She planned to use that cow for plowing her fields, and to rent out to other farmers for plowing.

Mourine was eloquent when she discussed how being able to store her maize had changed her ability to earn money: “I am going to start a cereal bank next year,” she said. “I want to open savings accounts for my children.”

Another farmer, Crispinus Wawbengo, told us that he had tried to store maize in the past, but it had been infested by a type of weevil that he referred to as Osama—the terrorist weevil that destroys everything. He had sold 8 bags of maize at harvest, when the price was lowest. After months of using the maize tracking sheet, he said that he regretted selling his maize at harvest.

“Next year I want to wait until the prices are very high,” he said. “I want to purchase a dairy cow and put windows in my house.”

The quantitative results from the trial supported the anecdotal feedback from farmers about the benefits of the storage products and training. The farmers who received training stored 5.9 bags of maize, as compared to 4.9 bags of maize for farmers who did not receive training. To put this figure in context, 1 bag of maize can feed an adult for one year.

At the end of the season, the farmers who had received training sold more kilograms of maize than the untrained group. They also sold their maize at higher prices.

The trial clearly showed the positive impact of maize storage training and supplies. For a price of about US$6, a farmer earned at least US$20 in additional profit, an excellent return on investment. We felt the trial results justified launching the post-harvest storage product with all of our farmers.

Product Launch and An Expanded Trial

In July 2011, we started rolling out the storage trainings and products to all our farmers in Kenya (at the time, about 28,000 farmers). The trainings included the distribution of a modified version of the maize tracking sheet that was used in the trial. In addition, each farmer group was asked to make a commitment to store a certain number of bags of maize on a group storage sheet.

Though we felt the results from our initial trial were strong enough for a product launch, we wanted to dig deeper and gain a better understanding of the impact of maize storage. We decided to expand the maize storage trial to a larger group of farmers, and to seek a research partner who could increase the rigor of our research. In August 2011, we began a partnership with the University of California-Berkeley’s Center for Effective Global Action (CEGA).

The CEGA partnership provided One Acre Fund with the technical skills and expertise to design and execute an academically viable study on the impact of various maize storage interventions. Specifically, One Acre Fund received important guidance in the areas of sample size calculations, randomization techniques, and statistical analysis. The major goal of this study was to identify whether simple, scalable storage interventions could help farmers take advantage of annual maize price fluctuations. We drastically increased sample sizes for this study in order to produce statistically significant results.

The study ran from August 2011, harvest time, until July 2012, when maize inventories were completely exhausted. Although our final analysis is still forthcoming, it is possible to begin drawing some broad conclusions from this study. Initial findings suggest that the training and technology intervention produced the largest increase in income, amounting to an average of US$10 – US$20 impact per farmer.

This impact measurement is lower than the results from our first farmer trial, mainly because farmers in our initial trial received more attention from individual field officers, resulting in better storage behavior. The level of training and attention that respondents in the CEGA study received is much more representative of what we can provide at scale in a cost-effective way. The more conservative measurement of US$10 – US$20 is not trivial for households with such low income levels. The storage interventions we tested are extremely scalable and require little additional infrastructure or research. We continue to be enthusiastic about the potential of these strategies to generate significant income across our distribution network.

Maize prices in Kenya fluctuate by 200 to 300 percent annually. Similar trends can be seen throughout most of sub-Saharan Africa. Most efforts to improve grain storage in sub-Saharan Africa have failed to reach rural farmers; warehouse-receipting systems, for example, present logistical barriers to small farmers, and have only proven useful for mid- to large-scale farmers. Given that the majority of the region’s farmers are rural smallholders, tools that allow remote populations to take advantage of fluctuations in maize prices are critical.  The current reality, unfortunately, is just the opposite—most farmers are selling when prices are low, and buying when prices are high.

One Acre Fund’s maize storage studies suggest that both training on proper storage techniques and technologies to help store maize longer represent major opportunities to increase farmer income. By partnering with CEGA to conduct a rigorous study on the impact of storage interventions, we found that training and technology creates a US$10 US$20 increase in income per farmer. This is a significant finding, which warrants more aggressive promotion of these interventions.

However, we believe that smallholders, by taking better advantage of maize markets, can eke out much more than US$10 to US$20 of additional income. We are currently implementing the next phase of the maize storage study, which aims to test the hypothesis that farmers do not store maize longer because of financial demands that build over the course of the year, forcing them to liquidate inventories when prices are low in order to satisfy these accumulated demands. If this proves to be true, One Acre Fund will be in a unique position to provide additional financial services alongside training and storage technologies, allowing smallholders to maximize the value of every grain of maize harvested. 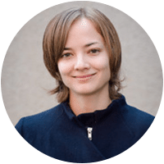 Stephanie Hanson is Senior Vice President of Policy and Partnerships at One Acre Fund, a social enterprise that provides financing and training to over 400,000 smallholder farmers in six countries in Africa.

NYC-Based Grassroots Collective Uses Food as a Tool of Resistance