About 200 spokespeople from private businesses, representatives of governments, development agencies, NGOs, and three representatives of farmers’ organizations gathered in Maputo, Mozambique from September 4th through the 6th for the African Green Revolution Forum 2013. The overall theme for the forum was “scaling up and financing inclusive agribusiness through transformative public-private partnerships.”

The three days of the forum were filled with interesting round tables, group discussions, and presentations of case studies. Some of the issues discussed in these sessions were:

There was a lot to learn from the sessions and case studies. You will find useful material at the African Green Revolution Forum and AGRA.

The role of farmers’ organizations

Many of the speakers underlined the importance of strong farmers’ organizations. The main message from one of the group discussions was very clear: the most important tool for improving agriculture in Africa is to strengthen the organizations of small-scale farmers and their cooperatives. Small-scale farmers were in focus for the whole forum. If someone were to count how many times smallholder farmers had been mentioned at the first African Green Revolution Conference in 2006 and at this conference seven years later, the percentage increase would be in the thousands. But UNAC, the national farmers’ organization in Mozambique, where the conference took place, had not been invited to take part. Only three representatives from farmers’ organizations took part in the conference, as far as I found out: from the East African Farmers Federation (EAFF), the Southern African Confederation  of Agricultural Unions (SACAU) and the National Smallholder Farmers’ Association of Malawi (NASFAM).

What kind of agriculture?

Despite all of the good presentations and case studies, the forum failed to address the most important issue for African agriculture: what kind of agriculture should be promoted? The answer is, agriculture based on monocultures with high levels of chemical inputs, patented seeds and GMOs, or diversified and sustainable agriculture based on local resources – an agroecological agriculture. (See more at Ag-transition.org).  The lack of such discussions is not a mistake. The role of the forum is to promote and push forward a Green Revolution in Africa based on chemical inputs, improved seeds, and irrigation. No questions are raised about this model, and no examples of successful organic or agroecological farming have been presented at these African Green Revolution conferences and fora as far as I know – and I have attended all of them since it started in Oslo, Norway, in 2006.

The forum in Maputo was the third African Green Revolution Forum held in Africa. The first was in Ghana in 2010, the second was in Tanzania in 2012. But it all started far from Africa. As the Rockefeller Foundation put it in Food & Prosperity: Balancing Technology and Community in Agriculture (which launched at the forum in Maputo), in the 1990s, the Foundation ”increasingly looked for ways to cultivate a Green Revolution for Africa.” In 2006, the Alliance for a Green Revolution in Africa (AGRA) was founded by the Rockefeller Foundation and the Bill and Melinda Gates Foundation.  The same year, the first African Green Revolution Conference took place in Oslo, Norway, organized by Yara, the Norwegian fertilizer company which is now the largest fertilizer company in the world.  The conference was held in Oslo each year until 2009, and was popularly referred to as “the Yara conference,” despite the official name.

Many people questioned why conferences on African agriculture were held in Oslo, not in Africa, and why Yara organized it. So in 2010, it was moved to Africa, dubbed as a forum instead of a conference, and co-organized by Yara and AGRA.

Yara still has a huge influence on the forum. Together with the president of AGRA, the CEO of Yara is the co-chair of the African Green Revolution Forum, and other representatives from the company play an important role in the forum. The Yara Prize ceremony also takes place during the forum. In addition, a former vice-president of Yara is the CEO for “Grow Africa”– an initiative from the World Economic Forum and multinational agriculture companies. Through this initiative, companies and institutions have already promised to invest US$5 billion in African agriculture in the coming years.

The next African Green Revolution Forum will take place in Addis Ababa in September 2014, but the forum will no longer be only an annual conference. Working groups and Internet debates will now be established. Also, those who disagree on the concept of a Green Revolution for Africa should try to engage in these discussions and come to the forum next year. There are many well-meaning people taking part in the forum, plenty of experiences to learn from, a lot of people and companies with access to money for agriculture, and many discussions where more voices are needed. Some of the people and companies attending these conferences want to play on the same team as those of us who work for agroecological farming, and want to give more power to smallholder farmers. Some don’t see any contradiction between what they do and what we do, and some will be our enemies. Engaging in open dialogs is the key to progress! 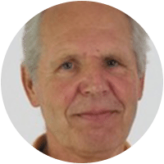