The sustainable food movement now has a set of simple and recognizable icons in its toolbox, thanks to a collaborative effort between GRACE Communications Foundation, Mother Jones, The Noun Project, and New York’s School of Visual Arts.

The Sustainable Food and Farming Iconathon was attended by good food advocates, design students, and other interested community members, who developed 19 black and white icons. These emojis are now available to the public and can be downloaded here.

The Iconathon was presented to designers as an opportunity to combat marketing efforts by big corporations, while giving family farmers and local producers “powerful images they can use to quickly tell their stories in a marketplace dominated by burger-peddling clowns,” wrote Tom Philpott, a food and agriculture writer for Mother Jones, who also spoke at the event.

The initial event in March resulted in the development of line drawings, which The Noun Project then converted into digital images, which include representations of aquaponics, grass-fed, fair labor rights, and more.

“As an organization that strives to change the food system through public education and consumer empowerment, GRACE Communications Foundation has always been compelled by innovative methods of engaging new audiences,” Hunt said. “The Sustainable Food Iconathon provided a unique opportunity to accomplish just this, bringing together an eclectic group of artists, designers, advocates, and activists to create striking images that convey pieces of the story of how our food is produced.”

Margot is a senior at Duke University studying International Comparative Studies and Italian. 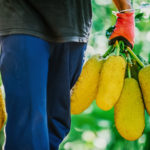 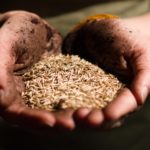