The food scene in Washington D.C. is changing. Since she first arrived from India 30 years ago, Rano Singh has been watching the shift, both from a mom’s perspective raising two boys, and as a friend looking to share her cultural knowledge on healthy living with others. In opening, “Pansaari,” DC’s first all-in-one local, organic, no waste, Indian grocery store, chai bar, and commercial kitchen, Rano is looking to take part in building a new food landscape.

After a divorce that left Rano questioning her own self-worth, she recalls listening to the Kojo Namdi show three years ago, hearing local chefs complaining that DC had no Asian grocery stores. Most local Asian grocery stores were tucked away in suburbs – a half day trip for some.  Though on the cusp of retirement, Rano devoted her life savings and energy toward starting Pansaari, or “neighborhood spice merchant.” You might think you’d have to be crazy or insanely driven, but Rano describes the decision to start her own business, and the journey along the way, like a wave pushing her towards the shore.

Having grown up in Jaipur, India, Rano has a unique perspective on where the U.S. food system falls short. Though neither her father, working in government, nor mother, in the fashion industry, had a particular background in food or health, when Rano first came to the U.S., she noticed the stark differences in the way Americans related to their food right away.

To her it was odd that in supermarkets, produce was sold year-round regardless of season, that chicken could come as a 12-pack of drumsticks, and that disposable packaging was a norm. However, it was not until raising two boys and seeing friends suffering from severe allergies, Crohn’s disease, or HIV, that she came to both appreciate the traditional methods she’d grown up with and began to actively share her knowledge of the healing properties of food.

At the same time, Rano was aware of the agricultural transformation happening in India.  She was moved by the story behind the farmer suicides in India, where the combination of GMO cotton, new need to pay for an annual seed, pest control, and fertilizers, as well as a drought, led to the tragedy of farmers claiming their own lives for a forgiveness of debt.

“I hope that Pansaari will give people a new way to think about food. No one thinks about food waste, it’s become a way of life. You pass by trash cans and even recycling bins that are overflowing and think that’s a norm,” said Rano.

Rano also hopes that Pansaari will be more than just a stop to and from work for groceries. In India pansaari’s also served as a fixture of the community or local gathering spot.

“People are so busy these days they barely have time to look at each other. I want this to be a place where people can hangout and connect.” While the store features a comfortable atmosphere with lounging chairs and books to pick up, there are intentionally no tables for laptop work – a trademark of Rano’s chai bar.

In looking to foster connection, Rano also plans to use the store as an incubator to support DCs new sustainable food movement. For example, two food entrepreneurs starting their own carrageenan-free almond milk production in DC were welcome partners for Rano. The leftover almond pulp would make the perfect addition to the saffron, cardamom Indian ice cream known as Kulfi, she commented.

From its roots as a Kickstarter project Rano posted with the help of her son, through the uncertainty that came with shipments from India, legal red tape, and lots of box moving, Pansaari made its debut in early September. Though no small feat, Rano remarks that she has not been journeying alone and felt the support of DC along the way. “We are all linked, we have to help each other,” said Rano. 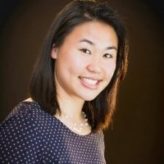 Swimming Camels of Kachchh at Risk