Food Tank recently had the opportunity to speak with Saru Jayaraman, Co-Founder and Co-Director of Restaurant Opportunities Centers United, who was one of the speakers at the 2015 Food Tank Summit in partnership with The George Washington University.

Saru Jayaraman (SJ): Working together. Food movement communities — people who care about local and sustainable food, food security, junk food marketing to kids and public health, and GMO labeling — should also include workers and labor issues. We have common enemies in groups like the National Restaurant Association (NRA), which deal with the Monsantos and the Grocery Manufacturers Associations of the world. When we target our common rivals and let our elected officials know that their obligations are not only to huge food corporations, that’s when we demonstrate power and that’s when we win.

SJ: Many people use the word “sustainable” in food movement work. True sustainability will not only include what we eat and where it comes from (local, organic, free range, etc.) but it also the people who touch our food. ROC United works with workers, consumers, and employers to improve the wages and working conditions of restaurant and food chain employees. We have a national cross-sector, multi-racial, cross-class initiative looking after the interests of one of the largest and most marginalized work force within the United States.

SJ: The biggest challenge is the size, scope, scale, and power of the opposition. The restaurant industry is the second-largest and fastest-growing private sector employer in the U.S.; but is also one of the lowest-paying employers, with 7 out of the 10 of the lowest paying jobs. That is entirely due to the power of the NRA. They’re the most powerful employer lobby in the U.S., and the 10th most powerful lobbying group. The NRA paints the picture of a guy working at the fancy steakhouse or the fine dining restaurant rolling in tips. Unfortunately, many consumers in the food movement eat at those kinds of restaurants and believe the NRA’s message. In fact, 70 percent of restaurant workers are women, and they largely work at Applebee’s, IHOP, Denny’s.

SJ: Your favorite server. It’s not as easy as some people may think. If you have a favorite, you should know they are special people. 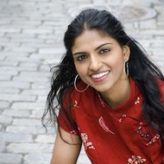 Saru Jayaraman is the Co-Founder and Co-Director of the Restaurant Opportunities Centers United (ROC-United) and Director of the Food Labor Research Center at UC Berkeley. ROC now has 13,000 worker members, 100+ employer partners, and several thousand consumer members in 32 cities nationwide. Saru is a graduate of Yale Law School and the Harvard Kennedy School of Government. She was named one of Crain’s “40 Under 40” and New York Magazine’s “Influentials” of New York City, was listed as CNN’s “Top10 Visionary Women” and recognized as a Champion of Change by the White House in 2014. Saru authored Behind the Kitchen Door, Cornell University Press, 2013, a national bestseller, and has appeared on CNN with Soledad O’Brien, Bill Moyers Journal on PBS, Melissa Harris Perry and UP with Chris Hayes, Real Time with Bill Maher, and NBC Nightly News with Brian Williams.