Food Tank recently had the opportunity to speak with Thomas Pesek, Partnership Officer at the International Fund for Agricultural Development, who was one of the speakers at the 2015 Food Tank Summit in partnership with The George Washington University.

Thomas Pesek (TP): Investing in smallholder family agriculture is the most important thing we can do to promote improved global food security and nutrition, and to achieve a significant impact on poverty reduction.

(FT): How are you contributing to building a better food system?

(TP): By contributing to the work of the International Fund for Agricultural Development (IFAD), which is the leading multilateral investor in the livelihoods of poor, rural agricultural producers and plays a critical leadership role in positioning smallholder farmers at the center of the global food system.

(FT): What are the biggest obstacles or challenges you face in achieving your organization’s goals?

(TP): In mobilizing the level of financial resources required to sufficiently match the unmet demand for IFAD’s work and to address the scale of the challenges and opportunities faced by rural communities in developing countries.

(TP): Bill Ayres. As a boy growing up in New York City, my mother always listened to his weekly radio talk show each Sunday evening. At first, the weekly broadcast was something I vaguely noticed, much like the sound of city traffic. Over time, however, I became a huge fan because of the thoughtful questions he raised, often focusing on food, hunger and poverty issues. As the Executive Director and Co-Founder of World Hunger Year, a grassroots organization dedicated to ending hunger and poverty, he frequently stressed that solutions to these problems already existed. Bill Ayres opened my eyes and inspired me to try to make a difference.

Interestingly, I had the pleasure of meeting him in-person a couple of years ago. We were sitting next to each other at a congressional hearing on global food security. I made some comments during the discussion segment and he leaned over to signal his agreement. We then introduced one another and I told him that he was one of my heroes.

(FT): In 140 characters or less what is the most important thing we can all do to help change the food system?

(TP): As a global community, we can increase awareness that the future of global food security depends on small farms and smallholder farmers. With the right support and conditions, smallholder family farmers are an integral part of the solution to today’s greatest global challenges. 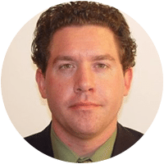 Thomas Pesek is a Partnership Officer at the North American Liaison Office, IFAD (Roundtable Sherpa). Tom joined IFAD in 2005 and serves as a Partnership Officer at the North American Liaison Office. In this capacity, he works to influence the direction and content of national and international poverty reduction policies and processes, cultivate and maintain strategic partnerships between IFAD and the Canadian and US governments, international institutions and civil society organizations, and to mobilize resources in North America on behalf of IFAD’s efforts to enable the rural poor to overcome poverty. Prior to joining IFAD, he served as Project Officer at the United Nations Department of Economic and Social Affairs, Office of the Under-Secretary-General in New York, where he evaluated and finalized proposals for projects to be funded by the United Nations Development Account. Previously, he worked as a Liaison Officer for the United Nations World Food Programme in New York, where he coordinated on global emergencies with United Nations development and humanitarian agencies, as well as NGOs and UN Member States, and issued situation reports to WFP leadership worldwide.

Global Food Security During the War in Ukraine: Rising Prices and the Danger of Famine In Africa and Asia
Get Involved
Registration is disabled.