This is a guest article by Wenonah Hauter, Executive Director of Food & Water Watch.

Due to the avian flu outbreak that has affected much of our nation’s egg supply, the United States will start importing this popular protein source from overseas to meet demand. While experts are still trying to pinpoint exactly why this year’s influenza season has been so devastating in some parts of the country, the resulting egg shortage can be tied directly to factory farms and the increasing consolidation of our nation’s egg production systems. But to understand that, we first need to take a step back.

According to Food & Water Watch’s newly updated Factory Farm Map and its companion report Factory Farm Nation: 2015, the number of egg-laying hens on factory farms increased by nearly one quarter from 1997 to 2012, to 269 million. Moreover, five states, Iowa, Ohio, Indiana, California and Texas, produce most of our eggs.

When an avian flu outbreak hits, an entire flock must be destroyed. But that’s not all. The birds on nearby farms may have to be destroyed as well. When you consider the extreme concentration rampant within the egg industry these days—more birds crowded together in tight conditions and in certain regions of the country, it’s easy to see how increased consolidation has led to this particular shortage.

Let’s look at Iowa, a state that has been hit particularly hard by avian flu this year. In 2012, Iowa had more egg-laying hens on factory farms (more than 50.6 million) than any other state, and nearly one-fifth of the nation’s egg layers were found there. The average factory-farmed egg operation in the state contained more than 1.26 million hens in 2012, nearly twice as large as the average nationwide. The egg factory farms in Iowa produced as much waste as 24 million people — about 8 times the state’s population.

As Factory Farm Nation: 2015 states, industrial scale livestock operation emerged over the past quarter of a century, and over the past 10 years it’s increased dramatically. This growth was not due to a superior business model or to some breakthrough in efficiency; it was facilitated by poor public policy. Over the past 30 years, regulators approved a wave of mergers between the largest firms in the beef, pork, poultry, egg, and dairy sectors. Their concentrated market power allowed the biggest firms to exert tremendous leverage over farmers.

In addition to problems like the ones we’re currently seeing within the egg industry, the growth of factory farms has also led to environmental problems and public health crises such as the rise of antibiotic resistant infections as well as E. coli and salmonella outbreaks. Do you remember the salmonella scare of 2010? That was traced directly back to two large Iowa egg producers. Nearly 1,500 people were sickened and more than half a billion eggs had to be recalled.

It’s pretty ironic when you think about it—industrial egg farming, a system designed, at least in theory, to bolster our nation’s egg supply has actually undermined it to such a degree that we’re now forced to import eggs from another continent. It’s also yet another symptom of a broken food system.

The federal and local governments need to end policies that have allowed factory farms to proliferate, and they must create and enforce policies that allow food to be produced in a way that enables farmers to make a living without harming communities, the environment or public health. But they won’t do so without an empowered grassroots comprised of concerned people like you and me pressuring them to enact these vital changes. 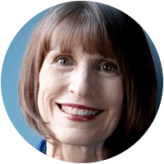