Food Tank, in partnership with American University, is hosting the 2nd Annual Food Tank Summit in Washington, D.C. on April 20–21, 2016.

This two-day event will feature more than 75 different speakers from the food and agriculture field. Researchers, farmers, chefs, policymakers, government officials, and students will come together for panels on topics including food waste, urban agriculture, family farmers, farm workers, and more.

Food Tank recently had the opportunity to speak with Roger Thurow, a Senior Fellow on Global Agricultural Development at The Chicago Council on Global Affairs. Roger Thurow will be speaking at the summit.

Roger Thurow (RT): Covering the Ethiopian famine of 2003 as a foreign correspondent for The Wall Street Journal. It was the first famine of the 21st century. What I saw there was that nobody should have to die of hunger, especially at the dawn of the new millennium. I was compelled to keep coming back to this story: hunger in the 21st century. It has been the center and passion of my journalism ever since.

RT: Improving the nutritional quality of food and making those vital nutrients accessible and affordable to everyone. Our challenge is not only to feed the world but to nourish the world. One in four children under five years of age in the world today is stunted (physically, cognitively, or both) because of poor nutrition in the first 1,000 days of life. The economic and social costs of a stunted child ripple around the world.

RT: Get informed, be aware, and raise the clamor.

RT: Make a commitment to continue U.S. leadership in ending hunger and malnutrition through agricultural development.

Want to become a sponsor of the Food Tank Summit? Please click HERE.

Want to suggest a speaker for one of the Summits? Please click HERE. 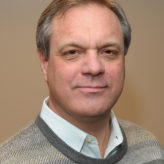 Roger Thurow joined The Chicago Council on Global Affairs as senior fellow for global agricultural development in January 2010 after three decades at The Wall Street Journal. For 20 years, he served as a Journal foreign correspondent, based in Europe and Africa. His coverage of global affairs spanned the Cold War, the reunification of Germany, the release of Nelson Mandela, the end of apartheid, the wars in the former Yugoslavia and the humanitarian crises of the first decade of this century – along with 10 Olympic Games. In 2003, he and Journal colleague Scott Kilman wrote a series of stories on famine in Africa that was a finalist for the Pulitzer Prize in International Reporting. Thurow and Kilman are authors of the book, ENOUGH: Why the World’s Poorest Starve in an Age of Plenty. In 2009, they were awarded Action Against Hunger’s Humanitarian Award. In May 2012, Thurow published his second book, The Last Hunger Season: A Year in an African Farm Community on the Brink of Change. His new book, The First 1,000 Days, was published in May this year.

Five Questions with the Almond Board of California