This year, 57 groups were added to the catalogue of Slow Food presidia, a project that aims to preserve biodiversity around the world.

After identifying products nearing extinction, the project encourages the development and protection of disappearing products and artisanal production methods by supporting the local communities and organizations behind the preservation of these foods and their products.

Several of this year’s new presidia involve groups of majority women who protect the biodiversity of their local regions.

“In many areas of the world, there is a gap between sexes in access to land, capital, technology, services, work, and education,” says Ester Clementino, representative of Slow Food International.

“So far, we haven’t been able to monitor or evaluate precisely how many presidia have improved the conditions of women,” she says. “However, interest from some communities of women in Slow Food activities is evident. For example, the presidium of mullet bottarga contributed to the social and cultural change of the Imraguen women, who saw the opportunity to generate income and autonomy in the transformation of bottarga.”

Here are five rare foods that are protected by women’s groups and are now part of the Slow Food Presidia.

Baleni Salt comes from a hot spring on the Klein Letaba River and has been meticulously cultivated with ancient techniques for 2,000 years by the women of the Tsonga community. The salt can only be harvested using the ways of the native community — waiting for the spring to dry and leaching the salt-encrusted mud with water through handmade leafy filters. Those who carry on the traditions of Baleni salt harvesting today seek to not only preserve these ancient techniques, but also protect their sacred site from commercial development.

In the region of Bahia, Brazil, the women and youth of local communities are largely responsible for the traditional beekeeping practices of the area. The stingless bees, called Mandaçaia, help pollinate the native licuri palms, another local product facing extinction. The beekeepers work with local producers to maintain the beekeeping practices and promote the honey products of the area.

This presidium recognizes the work of a group of women from Kurtovo Konare, Bulgaria, who started a community festival to celebrate and protect the local food variety. The group of women wanted to preserve agricultural traditions through the Kurtovo Konare festival, which is also called the Festival for Peppers, Tomatoes, Traditional Food and Crafts. The presidium grew out of the festival, where the sweet tomato is also churned into a type of preserves.

The preservation of this little-known tree nut, native to Borneo has been overshadowed by palm oil plantations. The oil from the tree nut has been used for years to treat animal bites and as a skin moisturizer. The Unyap Bina Usaha cooperative, which is 90 percent women from three villages in the Indonesian area of Borneo, protects the customs of making the oil with traditional tools and methods.

A group of Nahua women, an indigenous community in the Tlaola province of Mexico, have made it their mission to preserve a dying breed of chili pepper. In an area where all land is owned by men and women aren’t often involved in commercial activities, these women are restoring an ancient staple. The group of women created the Mopampa social and solidarity economy enterprise, which develops agroecological cultivation to protect the disappearing native chili pepper. They are not only responsible for the preservation of native gastronomic heritage in the region, but also provide vital economic opportunity for the indigenous community and their families. 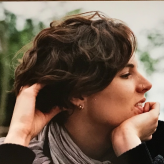 Ten Questions with Alesha Black, Director at the Chicago Council on Global Affairs