Food Tank had an opportunity to talk with Fausto Armonti, the CEO of Solo Fresco, about the company’s approach to providing ethnic cuisine to students and his vision for the future of food in schools.

Food Tank (FT): What sparked your passion for school food and desire to get involved in providing culturally appropriate meals to schools?

Fausto Armonti (FA): My love for my daughter, my love for food, and my love for the United States inspired me to start Solo Fresco. The idea for the company was sparked about four years ago after I had a conversation with my seven-year-old daughter who was living in Italy. She described her class trip to a farm and spoke of the cow, the type of grass the animal eats, and why that soil is critical in the production of cheese. I loved what she was describing and how the children gained a better understanding of the food around them and how they were then in turn more open to eating it. I wondered how I could be part of a movement to improve the food offerings in our nation’s schools and started learning more about school food in the United States. Shortly after, I started Solo Fresco and began offering meals in NYC.

FT: How is Solo Fresco different from other school lunch programs?

FA: We offer culturally appropriate meals such as Italian Frittatas, Lo Mein Noodles, and Empanadas. Our mission is to keep food original and natural, serving lunches that are minimally processed, antibiotic-free, non-GMO, and without artificial ingredients or flavors. We do not compromise on this and would never serve schoolchildren a dish we wouldn’t give to our children.

FT: Do you solicit feedback for your meal offerings?

FA: Initially, when we began serving meals to NYC schoolchildren, our goal was to serve Mediterranean-style meals such as whole-wheat penne with basil pesto, farro with roasted tomatoes, and sautéed carrots with orange glaze. We learned that while we did extremely well in some areas, participation rates were very low in other parts of the city. Staying true to our principles of simplicity and quality, we decided to broaden our food offerings to include a larger spectrum of choices including American, Latino, and Asian specialties. The feedback has been positive, and we are now introducing a line of meal offerings called United Flavors, in which all of the dishes reflect the cultural flavors of many of our nation’s school children. We are thrilled that other school districts around the country like those in Dallas and Miami are excited about United Flavors’ offerings and have inquired about serving these dishes there as well.

FT: What are the biggest challenges to introducing ethnic cuisine in schools?

FA: Our biggest challenge is to replicate the flavors the children are accustomed to eating at home. The Healthy, Hunger-Free Kids Act, which took effect in 2012, requires that meals be lower in fat, calories, and sodium. So when we created our adobo-seasoned empanadas, we opted for a lean beef. We included a lot of natural herbs to minimize the amount of salt needed. Then, to create moisture, we used plantains enabling us to create a great tasting empanada that has less fat and less salt while maintaining the right texture.

FT: What is your vision for the future of school food?

FA: We need to get children excited about healthy foods. School administrators and school lunch providers should work together to make cafeteria food connected to the curriculum and to get students involved in the process of creating the food. We’d love to play a bigger role in the classroom. Just a few weeks ago, I wrote an opinion piece that urged school districts to encourage healthy eating in the classroom by offering foods that are culturally relevant and linked to the curriculum. For instance, children can learn about colonial history and then go to the cafeteria and eat sustainable fish, organic corn, and apples that were the dietary staples of the colonists.

FT: How do you think this vision can be achieved?

FA: The first step in realizing this vision is for political leaders, school administrators, educators, teachers, parents, and the community-at-large to value the importance of nurturing healthy eating habits in our nation’s children. To aid in these efforts, we need our leaders to increase the amount they’re willing to spend on school food. We have made great strides in that direction in recent years. I look forward to playing an even bigger role in these efforts whenever possible. 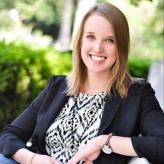 Natalie is a research and writing intern with Food Tank and is passionate about creating a sustainable and equitable food system for all. She studies social justice issues in the food system as a graduate student at Marylhurst University, working towards a Masters Degree in Food Systems & Society.

Eat Pasta and Pulses as Part of a Sustainable Diet