A social meal could be just what elementary and secondary schools need in order to promote learning opportunities during lunch. Globally, policymakers are increasingly concerned about school meals. It is also often said that “a family that eats together, stays together,” therefore the social aspects of dining cannot be ignored.

A recent study at the University of Leicester conducted between 2012 and 2015 followed the dining environment of a school for three years. The case study involved conducting interviews and observations to explore the interactions that take place in school dining halls. In order to unpack the sociocultural element of the school restaurant, this research questioned the following: To what extent have food environments challenged learning in schools? Do children’s eating habits affect their attitudes towards learning in schools? How do eating behaviors impact on social skills development in schools? How do teachers promote social skills within a food environment?

Research continues, but several vital themes have already stood out among the findings. The analysis highlights how influential power relations are within interactions in the school dining hall. More specifically, the idea of surveillance is discussed, as teachers minimize behavioral issues by policing the children’s interactions. Power dynamics are also apparent between the children themselves; certain behaviors are being modeled in the school dining hall in order for older pupils to set an example for younger pupils.

Through this modeling system, the school meal is being utilized as a learning space for promoting educational opportunities and, in this case, developing social cues and skills. Another key theme that has emerged is this idea of the pedagogic and social meal. The school dining space is viewed as part of a hidden curriculum in which learning opportunities are presented to pupils who use this space to interact with one another and converse at a time of day which is commonly associated with behavioral difficulties. The following quotes have been extracted from the interviews, with three specific examples on the school restaurant taken from a teacher, parent, and pupil.

“The restaurant is used as a learning area as well, so I teach there for a number of lessons every week and also see a lot of teachers doing similar things. I see a lot of teachers doing that and its formal academic teaching but it’s also being together and being sociable and eating together, they are learning other things, they are learning social skills and I think that’s one of the main drives to creating the restaurant to allow them to be socialised. Some of the pupils have difficulty with socialisation and it’s trying to get them and gain establish patterns of behaviour”

‘I think the restaurant is positive, they recommend healthy stuff, if they don’t eat it, and they can’t force them can they. It’s good teamwork as well’

‘The environments alright, we’re told to make sure we sit properly and behave for the younger lot…the younger pupils just go in as we have dinner. They’re alright, there’s not as much of a mix, but it’s good that we can eat and talk together rather than always rushing’

Should further research be conducted on the schools’ meals? The school meal can be an important tool for integrating children of all age groups together and also a forum for interaction, although the complexities surrounding the school meal need to be unpacked in order for any object generalizations to be made. 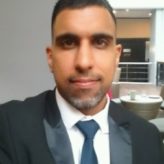 Gurpinder Singh Lalli currently holds a Lectureship at the University of Wolverhampton, teaching Education Studies within the Institute of Education. Prior to this, he gained QTS and QTLS whilst teaching in Further Education Colleges for eight years, teaching English as a Foreign Language (EFL) and SEN. Previous roles have included working as a Visiting Lecturer at Coventry, De Montfort and Worcester Universities, teaching Education Studies, Sociology and English for Academic Purposes (EAP). He is currently a member of the Higher Education Academy (HEA) and hold the status of a Fellow. His first degree was gained at Coventry in Sociology and Social Policy with an MA focused on Social and Cultural Theory, gained at Staffordshire University. For his PhD, he carried out an ethnographic case study on the impact of food on learning at the University of Leicester. Research interest areas include culture and identity, social learning spaces, social policy and pedagogic practices in school meals.

The Compost Story, Brought to You By Kiss the Ground

Why Are Diets and Biodiversity Linked?
Get Involved
Registration is disabled.