The following is an edited excerpt from Replenish: The Virtuous Cycle of Water and Prosperity by Sandra Postel, published by Island Press.

Few animals get as bad a rap these days as cattle do. They are blamed for soil erosion, water depletion, overgrazed rangelands, greenhouse gas emissions, and, when eaten, human heart disease. Often missing from such indictments of the mooing, tail-wagging, and, yes, methane-emitting bovine, however, is our role. How we choose to manage cattle determines their environmental impact, not the animals themselves.

“Ninety percent of people think cattle are bad,” said Robert Potts, president of the Texas-based Dixon Water Foundation. “But grasslands need well-managed grazing to stay healthy. We need to educate people about that.”

Potts is on a mission to do that educating, as well as to advance graz­ing techniques that will benefit both the watersheds of Texas and the bottom lines of ranchers. The foundation operates seven working cattle ranches, four in North Texas and three in West Texas. The Mimms ranch spans 11,000 acres (4,450 hect­ares) in the northeastern corner of the Chihuahuan desert, a gorgeous landscape of high-elevation grasslands surrounded by rocky volcanic mountains. Rainfall averages about 15 inches (380 millimeters) a year, but can swing wildly from one year to the next, a pattern of extremes climate change is likely to amplify.

At the Mimms ranch, Potts and his ranch managers are running both an economic enterprise and a scientific experiment. They’ve divided the land into three parts: one where cattle graze continuously to replicate how most Texas ranchers operate; another where no grazing is done in order to demonstrate what happens when the land simply rests; and a third that’s dedicated to rotational grazing, or what Potts prefers to call high-intensity, short-duration grazing.

Casey Wade, vice president of ranching operations for Dixon Water Foundation, maintains a detailed plan of how many animals will be grazing in which locations based on the amount of grass available and its rate of growth. The plan is never set in stone, however, because adap­tation is a core principle of managed grazing. As rainfall, forage avail­ability, and other conditions change, Wade adjusts the plan. It sounds laborious—and it is—but the goal is to boost profitability by growing more grass, rejuvenating lands previously overgrazed, and raising more cattle per acre.

“Bare ground is really the enemy,” Potts said. “If you have one-third bare ground, your ranch is one-third smaller.”

Currently, the Mimms ranch supports 200 “animal units” (roughly equal to 133 cow–calf pairs) of purebred Hereford and red Angus. Most of the cattle raised for sale graze for 24–28 months and are then sold to the Grassfed Livestock Alliance, which in turn supplies beef to Whole Foods Markets throughout Texas.

While cattle raised on irrigated pasture get the prized “grass-fed” label as well, those raised on natural rangeland under holistic manage­ment techniques offer a suite of other potential benefits. As we tour the Mimms ranch, I learn that the land is alive with birds—quail, west­ern meadowlarks, kestrels, vesper sparrows, and savannah sparrows, to name a few. The ranch’s 270 different species of grasses and plants cre­ate a rich variety of habitats for birds and wildlife.

For the nonprofit National Audubon Society, a conservation organ­ization focused on bird conservation, ranches like Mimms that are man­aged for a synergy of ecosystem benefits and economic profits present a great opportunity. Native grasslands are among the most altered and imperiled ecosystems in the world—and one of the least protected. With 85 percent of grasslands in the United States privately owned, Audubon hopes to motivate more grassland conservation by offering a “bird-friendly beef” certification for ranches that meet its habitat criteria.

Despite numerous examples of the successful use of rotational grazing by ranchers in the United States and many other countries, the mainstream range-science community remains skeptical of its benefits. In part this is because a proper evaluation would require a geographic scale of whole landscapes and a time frame of many years, which most scientific grants do not support. In addition, rotational grazing’s core principle of adaptive management—adjusting grazing plans as conditions change—makes it hard to study using conventional scientific methods. Or, as Potts put it, “It does not lend itself to a reductionist research approach.”

The Dixon Water Foundation has supported the work of Richard Teague, a research ecologist at Texas A&M Agrilife research in Vernon, Texas, who has conducted long-term trials on the foundation’s ranches in North Texas. Teague’s nine-year studies of grazing methods in Texas tallgrass prairie found that, compared with neighboring ranches where cattle grazed continuously (the conventional approach to western ranch­ing), rotational grazing improved soil health, grass quality, nutrient availability, and water-holding capacity. His team also modeled effects on the watershed and found improvements in the quality and flow of local streams due to greater water infiltration and more than 30 percent reductions in the runoff of sediment, nitrogen, and phosphorus. With the land acting more like a sponge, there would be less risk of harmful flooding downstream.

Teague’s research also shows that, in contrast to the popular view of cattle as climate destroyers, they can actually help mitigate climate change. He and his colleagues found that on rangeland previously degraded by heavy continuous grazing, intensive rotational grazing increased the carbon content of the soil by an average of 3 metric tons per hectare (1.3 tons per acre) per year in the top 90 centimeters (3 feet) of soil over a decade. Managed in this way, cattle can help sequester enough carbon in the soil to more than offset their methane emissions.

Despite its many benefits, rotational grazing won’t be easy to scale up. The capital costs for water troughs and fencing can be substantial. It also takes time to learn how to cre­ate detailed plans, regularly move the animals, and monitor forage and land conditions. As ranch overseer Wade said, “You can’t be a rowdy cowboy and make this work.”

Among the biggest barriers, though, are federal, taxpayer-funded farm subsidies that incentivize landowners to plow up prairies and plant crops rather than bear the risks of raising cattle on the range. Between 2007 and 2012, the US area in rangeland dropped by about 1.5 million acres (607,000 hectares). While a number of factors drove that decline, government programs played a role.

We’re losing “huge amounts of grasslands due to these federal subsidies,” said Potts. “If you’re going to have farm programs, they’ve got to be weighted toward those that sup­port good ecosystem practices.”

Replenish: The Virtuous Cycle of Water and Prosperity can be purchased from Island Press,  Amazon, Barnes and Noble, or a local independent bookseller. 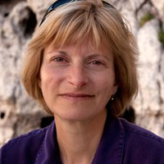 Sandra Postel is director of the Global Water Policy Project and co-creator of Change the Course, the national water stewardship initiative awarded the 2017 US Water Prize for restoring billions of gallons of water to depleted rivers and wetlands. From 2009-2015, she served as Freshwater Fellow of the National Geographic Society.

Postel is the author of Pillar of Sand: Can the Irrigation Miracle Last? and Last Oasis: Facing Water Scarcity, the basis for a PBS documentary. Her work has appeared in Science, Natural History, and Best American Science and Nature Writing.

Global Obesity Epidemic to Cost US$1.2 Trillion Annually by 2025