The International Fund for Agricultural Development (IFAD) recently developed a field report with farmers in Zambia, outlining the importance of smallholder agriculture in combating poverty and hunger. The farmers carved pie charts, figures, and numbers relevant to African agriculture into a field to make their case for more investment in small farms.

“The Field Report makes the case for investment in agricultural development in the very land that needs it the most,” says Gilbert Houngbo, President of IFAD. “We were inspired by the sheer power and potential agriculture holds to reduce poverty and hunger, contribute to vibrant, self-sustaining communities and dramatically increase the food needed to feeding a growing population.” 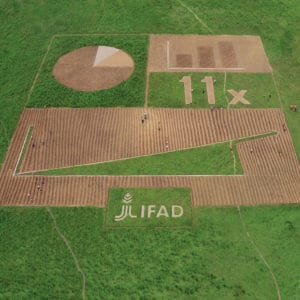 There are several key messages in the report. Sub-Saharan Africa has the potential for more agriculture, with a quarter of the world’s arable land but only 10 percent of the world’s agricultural output. Rural poverty is driving urbanization, leading to overcrowded cities, increased risks for vulnerable people, and causing forced migration. The demand for food will continue to increase due to population growth, with more than 9 billion people to feed by 2050. Finally, economic growth from agriculture is 11-times more effective at reducing extreme poverty than any other economic sector in sub-Saharan Africa.

The need for further investments in farming is indicated in another recently released report that identified a five-percent increase in global hunger from 2015 to 2016. The number of chronically undernourished people has reached 815 million people, or 11 percent of the global population.

“When the drought hit, my crops did not have enough water. I had low yields and a shortage of food. I could not feed my children,” said Augustine Chilumba, a bean and maize farmer who contributed to the project. “Farmers in Africa need more support. We need ploughs, fertilizers, and good quality seeds.” 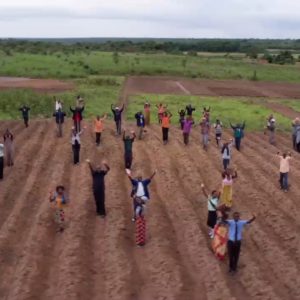 Artificial Intelligence in the Food Industry: How to empower consumer decisionmaking