Farmland in the United States decreased by 31 million acres, a territory equivalent to the state of New York, over a 20 year period, according to the American Farmland Trust (AFT). Their new report assessed the loss of U.S. farmland and ranchland from 1992 to 2012. “Farms Under Threat: The State of America’s Farmland” is the most comprehensive assessment to date of farmland in the U.S. and reveals that the actual loss of farmland amounts to twice the previously documented land.

In less than a generation, the United States lost 11 million acres of its best farmland to the expanding U.S. cities and towns. Urban sprawl has absorbed agricultural land for commercial, residential, and industrial development. While urban development converted mostly cropland, low-density residential development took an equal toll on cropland and pastures. Since 1997, large-lot properties have increased in number and are often too small to incorporate traditional farming, ranching, or forestry. They do not contribute to rural economies and lead to a loss of open space and a decreasing wildlife habitat.

“Farmland is critical infrastructure, akin to roads and bridges,” states John Piotti, AFT’s president and CEO. “Without farms, there’s not only no food, but there’s no future. We need farmland to feed us and sustain our economy—but also to help restore our planet.”

AFT calls for a bold national strategy, demanding further federal investment in farmland protection and support for the agencies of the U.S. Department of Agriculture (USDA). They recommend enacting a 21st century platform for federal agricultural land protection to tackle the interconnected threats of climate change, development, and farm succession.

The report represents only the first effort of an on-going initiative by the AFT to save the U.S. agriculture. Later this year, the organization will release another report analyzing farmland loss by state and evaluating land protection policies. Future scenarios for housing density and climate projections will be used to forecast the impacts to farmland by 2040 if no action is taken. The Farms Under Threat initiative will also enable the spatial location of the most vulnerable areas in terms of climate change and development.

“Saving acreage is not enough. We also need to save the soil and to support the farmers who steward the land,” concludes AFT, focusing on the big scope of the problem that affects a broad set of stakeholders and natural resources. 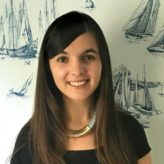