Insects are our professors of agriculture, guiding organic farmers like me in maintaining a healthy farm ecosystem. That is why I am so concerned about the overuse of toxic pesticides and the massive insect die-offs reported around the world. What is causing this “insect apocalypse” and what does it say about the state of agriculture today?

A study published in the peer-reviewed journal PLOS ONE this week provides new insight. For the first time, it provides a way to compare changes in the toxicity of U.S. agriculture from year to year. The study found that since neonicotinoid pesticides (often shortened to “neonics”) were first introduced in the 1990s, U.S. agriculture has become 48 times more toxic to insects. Incredibly, neonics account for 92 percent of the increased toxicity.

Farmers are attracted to neonics because they can use smaller quantities of them than comparable products. However, while other pesticides break down in the environment within hours or days, neonics can go on killing insects for months to years after they’re applied. They accumulate in the soil contaminating groundwater and streams. And because they are water-soluble, they are taken up into the plants themselves. Bees and birds can be poisoned just by drinking the moisture that treated plants exude. Neonic residues also show up in the food we eat. We cannot wash these pesticides off when we cook with treated crops.

The main use of these pesticides is as seed coatings for the millions of acres of corn and soybeans that blanket the rural landscape of the U.S. Only about five percent of the pesticide in the coating enters the crop, while the rest contaminates the soil and from there goes into groundwater or streams.

Astonishingly, these seed coatings, according to research conducted by the U.S. Environmental Protection Agency (EPA) and others, provide little to no benefit to crop yields. Yet farmers who want to purchase untreated seeds have a hard time finding them since the seed market is dominated by the same chemical companies that make the neonic coatings. Mega-corporations—Bayer-Monsanto and Syngenta-ChemChina—have a tight grip on our food system, dictating how farmers farm and how the public eats.

Organic farming offers a desperately needed alternative. Organic farmers look upstream to prevent pests and diseases before they become problems. On my farm, I cultivate a balance between pests and the “good” bugs that eat pest larvae and eggs, and I build healthy soil that grows crops with stronger immune systems that are less likely to succumb to pests and disease. As a result, I rarely need to use pesticides.

When I do, I choose pesticides that cause the least harm and that break down rapidly in the environment, which is true of all pest products allowed under organic certification.

To save our pollinators and the many crops that depend on bees, we need Congress to pass the Saving America’s Pollinators Act introduced by Rep. Earl Blumenauer (D-OR) to suspend the sale of most neonics and other systemic, pollinator-toxic insecticides. We should also support Rep. Nydia Velazquez’s (D-NY) bill to reverse the Trump administration’s decision to allow the use of neonics in wildlife refuges.

To save us from the current pesticide treadmill, we need to adopt the precautionary principle (new materials have to be proven safe before they are commercialized) as the basic approach to any new agricultural material. This new study provides a method for the EPA to assess potential risks to biodiversity before introducing new pesticides.

And most effective of all, and as quickly as possible, we need to transition agriculture to organic practices which grow abundant food without the use of neonics and some 900 other toxic pesticides.

As a pioneer of organic agriculture, Sir Albert Howard said if a crop is attracting a lot of pests, there is something wrong with the way you are growing it. We can draw as clear a lesson from the looming insect apocalypse—if the tiny creatures that sustain life on Earth are disappearing, there is something alarmingly wrong with the way we are growing food. To protect the environment and the biodiversity on which our food system depends, we must become the students, rather than the masters, of the insect world. 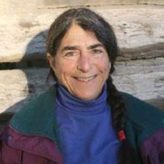 Elizabeth Henderson farmed at Peacework Farm in Wayne County, New York, producing organically grown vegetables for the fresh market for over 30 years. She is a member of the Board of Directors of the Northeast Organic Farming Association of New York (NOFA-NY). Her writings on organic agriculture appear in The Natural Farmer and other publications, and she is the lead author of Sharing the Harvest: A Citizen’s Guide to Community Supported Agriculture (Chelsea Green, 2007).

How OzHarvest Is Helping Australia Halve Its Food Waste by 2030