The calls from African voices are mounting for international donors to stop funding programs that promote an extractive model of industrial agriculture in Africa, including the Alliance for a Green Revolution in Africa (AGRA).

A new letter signed by all 35 members of the Alliance for Food Sovereignty in Africa (AFSA), Africa’s largest civil society network, along with a growing list of international organizations, demands that donors redirect funding from AGRA and other Green Revolution programs to African-led efforts to expand agroecology and other low-input farming systems. AFSA members elaborated on the demands of the letter during a virtual press conference on September 2.

Next week, AFSA will deliver the letter to AGRA donors, including the Bill & Melinda Gates Foundation, the Rockefeller Foundation, and U.S., British, German, Dutch and Canadian governments, during AGRA’s annual Green Revolution Forum. In June, AFSA sent a letter to AGRA donors asking for evidence that the program is benefiting African farmers. AFSA received few replies and no evidence, prompting the public letter.

Two Visions for Agriculture in Africa

During the press conference, Million Belay, general coordinator of AFSA, stressed that the vision of agriculture promoted by AGRA is wildly at odds with the vision of African farmers, fisherfolk, Indigenous peoples, pastoralists, faith-based institutions, women’s networks, and civil society at large.

The first vision, the Green Revolution, has very powerful proponents backing it, including corporations, governments and government agencies, and philanthropists like the Bill & Melinda Gates Foundation, explained Belay. The Green Revolution promotes intensive monocultural commodity crop production and heavy reliance on chemical inputs, agrichemicals, artificial fertilizers and pesticides. Converting farmers to commercial seeds and chemical use comes at a cost to famers, by increasing their dependence on corporations, and to the environment.

This vision has had its chance to play out in Africa over the past 15 years under the leadership of AGRA. According to AFSA’s letter, “AGRA uses its financial leverage to encourage African governments to focus on boosting agricultural yields at the expense of hunger and poverty on the continent, including centuries of exploitation of the continent’s people and natural resources that have not benefited Africans.”

Recent analysis by the Institute for Agriculture and Trade Policy’s Senior Advisor Timothy A. Wise confirms that AGRA’s program has failed to increase yields substantially and sustainably, instead increasing hunger. According to Wise, “After 15 years and one billion dollars in outside funding, AGRA has failed to catalyze a productivity revolution in African agriculture. Farmers’ yields have not grown significantly, poverty remains endemic, and the number of chronically hungry people in AGRA’s 13 focus countries increased 30 percent. It is time for donors to listen to African farmers and community leaders.” AGRA itself has not produced any compelling evidence of the program’s effectiveness.

The rallying cry of African civil society is not that funders stop investing in African agriculture. Rather, they are demanding that donors fund a different model of agriculture that is “democratic and responsive to the people at the heart of agriculture”—an agroecology system based on sustainable practices, equity and justice.

Director of the Biodiversity and Biosafety Association of Kenya and a member of AFSA Anne Maina said, “We are here to state clearly and categorically that the Alliance for a Green Revolution in Africa does not speak for Africans.”

African farmers want to be able to produce healthy, nutritious, culturally appropriate food that positively impacts the environment, Belay expressed during the press conference. They want their right to food respected and protected. They want to practice agroecology. “Farmers all over Africa have shown far more promising results sharing knowledge and working with scientists to establish low-input farming methods that leave the control of production in the hands of African farmers,” reads the letter.

A Moment for Action

The press conference fell strategically in the leadup to the U.N. Food Systems Summit schedule for September 23. With AGRA President Agnes Kalibata the U.N. special envoy to the summit, there is potential for the summit to devolve into a promotional forum for AGRA to renew its funding.

Mariann Bassey-Orovwuje of Friends of the Earth Africa appealed directly to donors during the press conference, asking them to stop imposing schemes for industrialized agriculture on African farmers and communities. In the leadup to the U.N. Food Systems Summit and AGRA’s probable fundraising campaign, it is crucial that donors heed the call.

“If a fraction of the billions of dollars that has passed through the coffers of AGRA had been given to an actual small-scale farmer who actually feed us, we would have healthy, nutritious, diverse food and enough food to feed our continent,” said Bassey-Orovwuje. 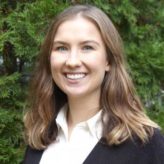 Cecelia Heffron is the media coordinator at the Institute for Agriculture and Trade Policy.