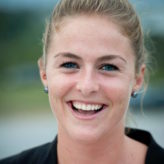 A freelance journalist and writer, Alexandra Talty is based in Batroun, Lebanon. Drawn to the human element behind the news, she is a senior contributor at Forbes. Before becoming a full-time reporter, she was the founding Editor-in-Chief of StepFeed in the Middle East. Her work has appeared in Outside Magazine, Playboy Magazine, AFAR, Forbes, Columbia Online Journal, and Electric Literature, among others. She is writing a book about America’s oldest agricultural community (and her hometown), “This Good Ground: The Farm Kids Fighting for The Hamptons.”

ICARDA saved over 100,000 varieties of seeds held in a genebank in Syria. Their work is contributing to the knowledge of the world and paving the way for other genebanks to follow suit.