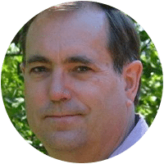 Food Tank spoke with Chuck Benbrook of Benbrook Consulting Services, who will be speaking at the Food Tank Summit in Washington, D.C.