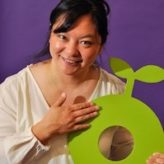 Vicky Rateau is the campaign manager for Oxfam America’s national and international organizing and advocacy efforts around food security and climate change. She has played a leadership role on a number of global poverty campaigns for the past 11 years, including Oxfam International’s Make Trade Fair campaign. Previously, Rateau was the field director at the ONE campaign and an SEIU union organizer. While at the US Student Association, she coordinated a successful national campaign to defeat efforts by the 104th Congress to eliminate affirmative action in higher education. At Equal Justice Works Rateau trained and organized law school students and professionals to establish loan forgiveness programs, enabling more lawyers to serve in the public interest. Rateau is on the national advisory council for 350.org, the largest national climate campaigns in the country.

Food Tank recently had the opportunity to speak with Vicky Rateau, Campaign Manager at Oxfam America, who was one of the speakers at the 2015 Food Tank Summit.