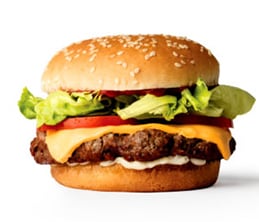 Meat Matters: A debate about the future of our favorite food

Impossible Foods invites you to a lunch and panel discussion about one of the most significant trends in the culinary world: the transition to plant-based meats that satisfy the palette while protecting the planet.

Moderated by Kate Krader, Food Editor for Bloomberg Pursuits, the panel will include:

The event also will include lunch featuring the plant-based Impossible Burger and the announcement of two highly acclaimed restaurants that will begin serving the burger in Manhattan on Feb. 2.

Please RSVP to Erin Smolinski (erin@thedfm.com) if you plan to attend and if you plan to bring any colleagues, including photographers and/or videographers.

Based in Redwood City, California, Impossible Foods develops and makes meats and dairy products directly from plants. The company’s first product, the Impossible Burger, which was launched at New York’s Momofuku Nishi in July, has received widespread acclaim for its ability to satisfy meat lovers while consuming far less of the Earth’s finite resources to produce. The company was founded in 2011 by Patrick O. Brown, M.D., Ph.D., formerly a biochemistry professor and Howard Hughes Medical Institute investigator at Stanford University.