Almost everyone in American agriculture, from farmers to ranchers to the top executives of the biggest transnational grain trading and meatpacking firms, loves to say the United States is home to the cheapest, safest food supply in the world.

Of course, the global commodity slingers love cheap. It’s the yeast that makes their dough rise because, in a cutthroat business defined by uniformity, cheap sells.

Farmers and ranchers, on the other hand, aren’t in the cheap business. Cheap isn’t an ally; it’s the enemy. So why brag that America has “cheap” food when cheap carries no benefit other than being, well, cheap?

The definition of safe food, like cheap, is relative; it’s value lies in the eye of the beholder.

For example, from Jan. 10 through March 7, the U.S. Department of Agriculture’s Food Safety Inspection Service issued 20 recalls on food products that totaled 12,569,000 lbs.

You read that right: USDA has recalled an astounding 12.6 million lbs. of various beef, egg, chicken, pork or meat-containing products due to unsafe or questionable quality in the first nine weeks this year.

In 2013, USDA recalled 11,992,236 lbs. of meat, poultry and other foods for safety reasons. That, too, is an astounding number. But here are two equally staggering aspects to it.

First, according to USDA data, only 534,886 lbs. of the almost 12 million lbs. of recalled food was actually returned. That means 5,732 tons of it either remains out here or was consumed. Yikes.

Second, the amount recalled by USDA does not include the food recalled by the Food and Drug Administration. For example, the “Enforcement Report-Week of March 5, 2014” on FDA’s website, lists 50 or so recalls for items as diverse as cheese, cactus leaves and ready-made waffles. (Links to documents are posted at http://farmandfoodfile.com/in-the-news/.)

So, the “safest” food in the world?

To continue reading this column, “Safe, Not Sorry” (originally published on March 16, 2014) and to sign up for Alan Guebert’s weekly column sent directly to your inbox, please visit: farmandfoodfile.com. 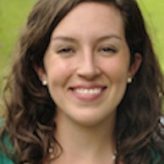 “Have you ever been hungry?”