This is a guest article by Kari Hamerschlag, senior program manager of the food and technology program at Friends of the Earth.

Last week, I had the pleasure of testifying, on behalf of Friends of the Earth, about the Scientific Report of the 2015 Dietary Guidelines Advisory Committee at a public meeting in Washington, D.C. The meeting, convened by the United States Department of Agriculture (USDA) and the United States Department of Health and Human Services (HHS), solicited civic input on the government’s official dietary advice. It is a political declaration that influences everything from school meals to military cafeteria options—and has ripples throughout the entire food chain.

For the first time ever, the 2015 expert panel’s Scientific Report includes sustainability—and what they are recommending may be nothing short of revolutionary.

If included, the USDA and HHS would encourage diets lower in animal products and higher in plant proteins for the sake of the environment and public health, in line with scientific evidence. As explained in the Report, “consistent evidence indicates that, in general, a dietary pattern that is higher in plant‐based foods, such as vegetables, fruits, whole grains, legumes, nuts, and seeds, and lower in animal‐based foods is more health promoting and is associated with lesser environmental impact (GHG emissions and energy, land, and water use) than is the current average U.S. diet.”

Providing consumers the information they need to make more eco-conscious food choices and shift towards plant-based diets must play a key role in our efforts to feed more people with fewer resources while curbing greenhouse gas emissions and reducing air and water pollution—especially given the large quantities of water, pesticides, fuel, and fertilizer that go into meat and dairy production.

I was one of more than a third of the speakers (out of 70) advocating strongly in support of sustainability recommendations, and as Agripulse pointed out, “supporters of the provisions came out in full force calling for sustainability language to ultimately be included in the 2015 Dietary Guidelines for Americans.” The plethora of pro-environment speakers came on the heels of a sign-on letter with 49 signatories, and full-page advertisements in the New York Times and Washington Post signed by more than 100 organizations and experts. Friends of the Earth helped organize these allies, calling on USDA and HHS to embrace the Scientific Report’s sustainability recommendations.

While the diverse organizations speaking in favor of plant-strong diets and sustainability outflanked the meat industry at this meeting, overcoming the well-funded factory-farmed meat industry lobby will be no easy feat. Pro-meat lobbyists have already convinced 30 senators to send a letter to USDA urging the agency to drop recommendations on sustainability and lowered meat consumption, and the industry is in high gear attempting to counter our growing movement for a saner, more sustainable, integrated food policy.

The good news: there is plenty of time to submit public comments here. Don’t be intimidated by the form. Just check the “Part A: Executive Summary” and “D5” boxes and let our government know why you think they should be focused on dietary advice that benefits for our planet as well our health. Feel free to cut and paste from Friends of the Earth’s testimony, which is below. Our more in-depth comments can be found here, and you can sign our petition to USDA and HHS here.

I also hope you will join Food Tank’s webinar series on April 16, 2015, where I will speak about the ecological benefits of less—and better—meat, and plant-strong diets. You can sign up here.

Remember, when you eat less, you can afford better, more humane, pasture-raised and/or organic options!

Delivered by Kari Hamerschlag, Senior Program Manager, Food and Technology Program, at the Public Meeting for Oral Testimony on the Scientific Report of the 2015 Dietary Guidelines Advisory Committee, March 24th, 2015

On behalf of Friends of the Earth, a non-profit organization that fights for a healthier, more just and sustainable world, we commend the Advisory Committee for its visionary leadership in guiding our nation’s food policy in a direction that will ensure a healthy, nutritious and adequate food supply for current and future generations.

We join with more than 100 prominent organizations and individuals supporting sustainability in the 2015 Dietary Guidelines in a full-page ad featured today in the New York Times, Washington Post and Politico.

We also bring the voices of more than 140,000 signatories to a petition supporting the Expert Panel’s call for a diet with more plant based foods and fewer animal products for the sake of public health and the environment.

Sustainability and the health of the nation are deeply intertwined.

As the Report States: “Linking health, dietary guidance, and the environment will promote human health and ensure current and long-term food security”

This is not a theoretical issue. An unprecedented drought is gripping the nation’s critical food producing areas and much of our precious—and rapidly declining water supply– is going to crops that are fed to animals.

Given the large quantities of water, pesticides, fuel, and fertilizer that go into meat and dairy production, shifting towards plant-based diets must play a key role in our efforts to feed more people with fewer resources while curbing greenhouse gas emissions and reducing air and water pollution.

The science is clear that a more plant centered, less resource intensive diet is also better for our health.

Americans consume significantly more meat than is recommended by USDA guidelines and far more than the rest of the world. This high consumption of industrially produced meat, especially red and processed meat, is associated with increased risks of diet-related disease (heart disease, diabetes, and cancer), and ingestion of harmful pesticides and cancer-causing dioxin.

Reducing Americans’ meat consumption would save hundreds of billions of dollars in avoided health care costs from these diet-related diseases that are associated with high meat consumption, especially red and processed meat.

How food is produced also has a big impact on public health and the environment: As the Scientific Report pointed out: “Meeting current and future food needs will depend on … developing agricultural … practices that reduce environmental impacts and conserve resources, while still meeting food and nutrition needs.”

As your agencies define the 2015 Dietary Guidelines, it’s important to keep in mind that more sustainable, humane and organic food production methods that do not rely on the routine use of antibiotics, hormones, chemical fertilizers and toxic pesticides are better for public health, workers, and the environment.

Thank you for the opportunity to share the views of our organization. 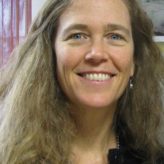