Tim Carman, Food Writer for The Washington Post, will be speaking at Food Tank’s fourth annual Washington, D.C. Summit, “Cultivating the Next Generation of Young Food Leaders,” which will be held on February 28, 2018 in partnership George Washington University, the World Resources Institute, the National Farmers Union, the National FFA Organization, and the National Young Farmers Coalition.

Tim Carman is a James Beard Award-winning food writer and critic for The Washington Post. His work has appeared in multiple editions of the Best Food Writing collection as well as the sixth edition of Cornbread Nation. He has also written for Imbibe magazine, American Scholar, and other publications.

Food Tank had the opportunity to speak with Tim about his inspirations, motivations, and hopes for the future of food systems.

Tim Carman (TC): Like so many, my interest was first sparked at the dinner table, where I fell hard for dishes from around the world. Once I was interested in ingredients—and why some were better than others—it was only a short leap into the world of agriculture.

TC: My Post colleague Tamar Haspel recently wrote about a scanner that could put the fear of God into big agriculture. You can read about the device here.

In theory, the scanner could be aimed at a product—like an apple or packaged chicken breasts—and tell you all sorts of things about the product. It could tell you the species of chicken, the variety of apple, whether chemicals were sprayed on the fruit, if the chicken is contaminated by salmonella, if the apple has been stored too long, and countless other pieces of information. Such a tool would instantly reshape the marketplace. Consumers would be instantly informed to purchase only the products they wanted without waiting on endless regulatory fights over food labeling. The tool could help prevent foodborne illnesses and force corporations to change their farming practices.

FT: Can you share a story abou ta food hero that inspired you?

TC: I still remember when I read Eric Schlosser’s Fast Food Nation in the early 2000s. It had a profound impact on my thinking about our cheap food systems and the people who suffer in its lower ranks. The book angered a lot of people in the industry, like good journalism should. The book continues to be an inspiration.

TC: To be honest, I have off days when I’m lazy and waste food, or pull into McDonald’s for an easy meal on the road. It happens. I think it’s better to think big picture. That’s when I think about what future generations will say about our collective laziness and indifference. It’s humbling and humiliating to think we would not do our small part to help fix an unsustainable system.

TC: You could mention many problems and be right on every count: soil erosion, monocropping, antibiotic use with food animals, water shortages, waste runoff, etc. But I think the biggest fundamental shift has been one of trust: more or less, our parents and grandparents believed in business and science to do right by us. Each could improve our lives. That trust has seriously eroded, almost to the point of depletion, and that leaves us in this frightening position where we have few to trust.

TC: I hate to say it, because it’s not a problem exclusive to the food system, but global warming causes me the most concern. It can lead to water shortages, drought, and higher food prices. We have begun to see some of these impacts, and I fear it will only get worse unless we dedicate ourselves to cutting back carbon dioxide emissions.

TC: Try not to waste food. It’s easier said than done, of course, especially with the ways food is sold in the United States. But we can strive for zero waste at home. It’s a really good place to start.

TC: Antibiotics in food animals. The FDA has already taken many steps to address this problem, which has led to the creation of so-called “super bugs” that are increasingly immune to antibiotics. I hope the next administration continues the work of the current one. The next generation should be able to look back on ours and say, “What were they thinking?”

TC: This is not the highest priority, because I trust the next president will already be addressing the biggest concerns, but I’d like the next administration to promote urban farming, much like how Michelle Obama promoted gardening. It would help raise more food, of course, but it would also help educate millions of people who are cut off from all forms of agriculture. It might even help local economies.

The D.C. Food Tank Summit is SOLD OUT but tickets remain for our Seattle Summis. Register HERE for the Seattle Food Tank Summit, Growing Food Policy on March 17. This event will sell out – register today! 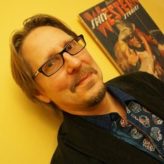 Washington Post food writer Tim Carman has been nominated for two James Beard Foundation Awards; he won one in 2011 for Food-Related Columns and Commentary. His work has appeared in four editions of the “Best Food Writing” collections as well as the sixth edition of "Cornbread Nation" written for various publications, including Food Network magazine, Men's Journal and Food Republic. In 2013, he launched a weekly cheap eats column for The Post called The $20 Diner, which won second place for best restaurant criticism in the 2015 Association of Food Journalists Awards contest. He is committed to building the best home coffee bar in the Northeast and has been known to make his own yogurt, charcuterie and Texas-style brisket in his spare time.