Home » Agriculture » Chris Malloy on Our Relationship with Food

Chris Malloy is a professional surfer, filmmaker, writer, and rancher. The eldest of three brothers, Chris grew up in Ojai, California, and currently lives on a working ranch in Central California with his wife, Carla, and their three children. In addition, he is a designer, product tester, and ambassador for Patagonia, an American clothing company founded by Yvon Chouinard that is committed to the environmental movement. Malloy’s most recent production is the film “Unbroken Ground,” a 25-minute piece that explores the critical role that food plays in finding solutions to the environmental crisis, and it will be released online on August 1.

Chris Malloy (CM): On a personal level, my wife and I produce a lot of the food that we eat. We raise animals and grow enough for our family and some friends, so I’m very passionate about agriculture. A lot of the characters in the film were folks that I was very aware of. When Yvon Chouinard was starting Patagonia Provisions, I was excited about all of the possibilities. Over the course of a few conversations, he asked, “Are you interested in helping to tell this story?” Of course, I jumped at the opportunity because I was already following many of the people in the film. I felt as though Patagonia needed—if they were going to get into food, that’s a big deal—to give the audience a good idea of what exactly they are doing.

FT: How did you choose the groups highlighted in the film?

CM: Everyone in the film is personally involved with producing food for Provisions. They are all folks that Yvon Chouinard has met and come to an agreement with to try to do something better and different. There are more people and stories I wasn’t able to include in the film, and maybe I’ll be able to highlight others in the future.

FT: Could you talk about how food plays a role in alleviating the environmental crisis?

CM: I would say how it can. If you look at conventional, big agriculture, it really is focused on commodity, right? A lot of publicly traded companies are looking for commodities, and if you read the mission statement of any publicly traded company, there is not one line in there that considers the environment. So, the nature of all of these endeavors are just polar opposites of their intentions, of their methodology, of their execution, and of their final product. Steve Jones, who’s in the film, says it so well, “You fight the opposition until it’s no fun anymore,” and then you become proactive and have that responsibility to create options for people. It’s not so much about fighting the opposition as it is proactively going out and finding ways to bring to market, in a financially viable way, products that were made with the health of our environment in mind.

FT: In your opinion, what is the most appropriate way to direct our food system away from supporting large-scale monoculture corporations and instead toward fostering the growth of small-scale sustainable operations?

CM: I would just say that it’s education. I think that there is a lot of catch-phrase kind of vernacular being thrown around, and there are a lot of key phrases that folks look out for. They will read a label and say “I’m good. This is a karma-free vegetable.” But educating yourself and then staying aware of what’s happening is important because organic today does not mean the same thing as what organic meant 20 years ago. That really baffles people. They exclaim, “What do you mean? What do you mean?” If there’s a huge demand for organic carrots and you monoculture 20,000 acres of those, yes, they’re organic, but regarding the biodynamic aspect of what could be and what should be, they have different meanings. People need to know that agriculture, in its nature, is always changing. Look at the farmers from the beginning of time to now. If you know agriculture, you know that it always changes—or even more succinctly, it should change. If you have a crop and know exactly what it’s going to do for the next hundred years, I guarantee you that it’s a GMO. That’s the only way you can be sure. So, it’s changing that mindset with the consumer worldwide to embrace the complexities of agriculture and celebrate the differences and the uniqueness of every harvest. In our culture, we see something that is not uniform as a flaw. If you re-trigger your mindset, you celebrate the difference of what the land affords you every season. It’s a beautiful thing if you see it that way.

FT: What do The Land Institute, Cheyenne River Ranch, The Bread Lab, and Lummi Island Wild have in common?

CM: I would say that the commonality between them is that, rather than trying to stop a specific activity and slow down—the salmon are a little bit different, but I can speak to that separately—they are all proactive in finding ways to sequester carbon in the ground. Yvan cleverly distinguished, “Let’s stop talking about our footprint, and start talking about our handprint.” We can actually stop doing what we know is wrong, but we also need to find ways to replenish the soils and to take care of what we have. Farming them the right way actually brings that carbon back down to where its supposed to be, and builds soils. That’s the commonality between The Land Institute, Cheyenne River Ranch, and The Bread Lab. And then there’s Lummi Island Wild. It’s such a selective fishery that those untargeted species are going up into their ancient creek systems, and, as a result, this way of harvesting actually replenishes those specific genetic families. Otherwise, those genetic families are essentially dying and being thrown back into the ocean as bycatch. This is a really interesting example because people ask, “How does harvesting and killing fish restore anything?” The fact of the matter is that it does. By allowing those other species to return to their ancient headwaters, they get a chance to replenish. And then when the pinks need a break, and we know through the science and careful monitoring that the other species are strong, then we can harvest some of the others. It all comes down to being closer to the ground, closer to really knowing what’s happening, and being aware.

FT: What advice do you have for the younger generations looking to get engaged in the food movement?

CM: That’s a great question! I would say that, no matter where you are, you can find some dirt to get into, and you can find a mentor. Go and get your hands dirty. You can read all the books, you can watch all the documentaries, and you can spend all your money at that place that gives you karma-free food. That’s all good. But, go get dirty. Go figure out what is exciting to you—that you’ve never seen a purple tomato or something—and fall in love with it. You can only fall in love with something that you know intimately. Go get sunburned, go get some cracked fingers, go get uncomfortable. Whether you stay with it or not, that doesn’t matter. You now have a completely new appreciation of how food is produced, and there is almost no excuse to not. You can, in your apartment in Manhattan, get a bucket of dirt and grow an amazing amount of food from that. Get to know the ground and get to know the life cycles. If you do that, it’s better than watching every documentary in the world. I have to be careful when I say this, but there are a lot of kids that are armed with the information they’ve seen on TV and read in books, and they’re the first ones to vilify certain ways of farming. I think that’s problematic in nature. It’s somewhat dangerous for the food movement. We don’t need more book-smart people vilifying farmers for not doing it the way they read it in a book. That’s dangerous. I think they need to go get their hands dirty. You know, that’s it. That’s my advice.

FT: What is one message you would like to share with Food Tank readers about making the food system more economically, environmentally, and socially sustainable?

CM: Honestly, I can only go off my own experience. A big influence for me was just finding my heroes. My heroes were people like Wendell Berry, Rachel Carson, Edward Abbey, and Douglas Tompkins. One thing that most of these people shared in common is that they were rabble-rousers and hell-raisers. They were rough around the edges. Some of them were college-educated, and others barely got through high school. They wanted a different system, and they were willing to live the life and commit to living that life. All the things they believed in didn’t mean anything until they went out and lived that life. They felt the cold, hunger, and discomfort, but were committed. This doesn’t demonize anybody who doesn’t have the ability to do that, but for me, personally, it made those heroes—those characters—change the way I saw the world and changed what I chose to do with my life. All of the empirical data about the planet and the science, I think that stuff is very important, but it’s the characters who changed the way I saw the world. Find some heroes! 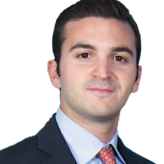 Eight Questions with Nick Kastle, Director of Marketing at The Morning Star Company