Grow Good began as a source of fresh produce for the neighboring Salvation Army shelter but has grown to represent something else for the shelter’s residents, many of whom require long-term rehabilitation before re-entering the workforce. The one-acre urban farm has produced 2,720 kilograms (about 6,000 pounds) of fresh produce for the shelter this year, valued at more than US$18,000.

In 2010, Brad Pregerson was volunteering in the Army’s kitchen and noticed there was a lack of fresh produce available to the cooks. The shelter served 24,000 meals per month but operated with a monthly produce budget of just US$200. Even combined with donations, the availability of fresh fruits and vegetables forced the chefs to rely heavily on packaged goods. Pregerson rallied friends and shelter workers to transform the empty lot next door in hopes of supplementing the kitchen.

The farm also leads Food for Life rehabilitation programs for the Salvation Army’s residents, fostering resilience, patience, and humility. On the farm, residents learn basic job skills including arriving on time and effectively communicating needs and frustrations. The farm is not about cultivating “perfect, precious food,” says McAndrews. “We expand upon what we can give to every person in the community, and encourage interaction with ‘the other,’” a learning opportunity for both residents and outside volunteers. Grow Good exhibits the transformative power of community gardening and has shifted its mission confidently toward human growth.

For those looking to start similar urban farming projects, Pregerson encourages persistence. “It’s tough to operate a farm or garden…it requires thinking full picture, from seed to plate.” He explained how Grow Good tackles challenges like ensuring the Army kitchen can use the diverse species being delivered by the farm. City zoning laws complicate urban farming and require special permission from officials through an often lengthy process. Expanding the Grow Good model requires city and state policy to catch up to a changing urban landscape, according to McAndrews. Acceptable use provisions should not only include opportunities for urban farming but promote them so that, as McAndrews joked, “it is easier to build a farm than a mall.”

In the next year, Grow Good will be building a full-size greenhouse to expand its year-round yield. McAndrews spearheaded a tea line using the flowers and herbs harvested each season, which is making its debut at local farmer’s markets. The Grow Good team hopes to expand their model city-wide, creating a network of small urban farms to heal communities in body and spirit. 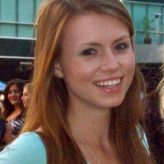