According to Mattias Fyrenius, CEO of Nobel Media AB, “we have been thinking about that topic for quite some time and food is the topic that never goes out of fashion, in a way. It is always extremely relevant for us.” He says, “It is very important from an individual nutrition perspective, important from a society and sustainability perspective, and also of course from a development perspective. How do we actually feed the 9 billion people in the world? We believe, that both where science is now and where we hope that society also is, we think that was an ideal topic for us to approach this year.”

Along with knowledge dissemination on the current food system and its future, the event also hopes to create awareness and interest in this topic across policymakers, businesses, and eaters. “If we can inspire people to act, that is our ultimate goal,” says Fryenius.

The entire event will be live streaming on their website. 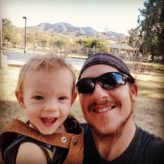 Daniel Stein graduated from Lehigh University with a B.A. in political science and a focus on civic engagement and grassroots community development. For the last decade he has been involved in the local food movement, running a food hub in the capital city of Vermont and crowdfunding start-up food businesses in Virginia. Currently he is the Content Manager for Food Tank and simultaneously developing a short film series on the food system in the Sonoran Desert, AZ, USA.

From China to Uganda and Italy to Costa Rica, the world celebrates Terra Madre Day