The U.S. prison population has been growing for decades. At 66 prisoners per 10,000 citizens, our per capita prison population is six times higher than in 1975 and surpasses every country except the island nation of Seychelles.

One in every 37 Americans were under some form of correctional supervision at the end of 2015. We spend approximately US$31,000 per prisoner every year to keep prisoners incarcerated in the federal prison system.

With so many Americans involved in the criminal justice system and the cost of incarceration so high, providing job opportunities and support systems for people after they return home is essential to ensuring they successfully reintegrate into the community.

The food industry—growing food, preparing food, and serving food—has tremendous labor needs, and any food business owner will tell you that finding good labor is one of their biggest challenges.

That’s why nonprofits and food businesses across the country are training and hiring returning citizens—with incredible results.

The Food Industry is training returning citizens for new careers

Restaurants have long been one of the  top avenues for employment available to citizens when they return from prison, but recently businesses and nonprofits have doubled down on creating career paths for former prisoners. Here are just a few of their stories:

Edwin’s Restaurant in Cleveland started training and employing formerly incarcerated individuals because of the restaurant’s founder’s own brush with the law. As of August 2016, they had trained 145 people and only one had returned to prison.

Dave’s Killer Bread began when Co-Founder Dave Dahl was welcomed back to his family’s bakery after serving 15 years in prison. The company now sells organic sandwich bread throughout North America and one in three of their employees has a background of incarceration. They recently launched the Dave’s Killer Bread Foundation to inspire and support new second chance employers.

Since 1982, Greyston Bakery has leveraged Open Hiring™ to create advancement pathways for disadvantaged citizens of Yonkers, New York, because “no one willing to work should be denied the dignity of a job.”

In California, Delancey Street Foundation has been working with people recovering from addiction and returning from prison since 1971. CALA restaurant in San Francisco started hiring former prisoners not just out of a sense of mission, but out of practicality. Owner Gabriela Camara and General Manager Emma Rosenbush began recruiting through inmate reentry institutions because they struggled to find qualified wait staff through traditional means.

These are just a few examples of the many businesses and nonprofit organizations working in the second chance food employment space across the country. California has the opportunity to super-charge this important work and serve as a national example for what’s possible.

California: Center of the movement

California is the United States’ largest food producer with the most developed agriculture industry in the country, generating at least 100 billion dollars in related economic activity and supporting a large value-added food industry. California’s restaurants are projected to net US$82.2 billion in 2017—far more than any other state. Yet the difficulty that California food businesses have finding qualified workers is legendary.

But right now, new opportunities are available to businesses that are open to second-chance employment. In 2009, an initiative of the State of California dubbed “Public Safety Realignment” began a trend reducing the state’s prison population. As of 2014, California still had 136,000 inmates—more than any other state except Texas. In the last two years, however, prisoners are returning home at much higher rates.

Over the last several years, thousands of prisoners have returned home at higher than projected rates because of two ballot initiatives. Proposition 47 passed in 2014, which resulted in 6,334 inmates released as of October 2015. And Proposition 57 passed in 2016, which is projected to make 25,000 more inmates eligible for release starting this year.

Organizations and businesses across the country have blazed the trail finding the best ways to create economic opportunities in the food industry for returning citizens, but in California, we have the opportunity to scale this work. That’s why we started FoodSchool.

FoodSchool has met with leaders of many great organizations to find the answer to this fundamental question:

Can we make our communities happier, healthier, safer, and more prosperous by connecting food industry employers with Americans who are looking for a second chance?

The Center For Employment Opportunities (CEO) has established itself as a leader in reentry, with supportive transitional employment programs in seven states, and is working to establish a new program office in San Jose.

Fresh Starts Culinary Academy is a 10-week training program at Homeward Bound of Marin, and is a model member of the Catalyst Kitchens network of nonprofits. The Berkeley-based Bread Project prepares people with limited resources for food service careers through a three-week Bakery Bootcamp, and Richmond’s Rubicon Bakery employs and supports people returning from prison or recovering from addiction and homelessness.

In Oakland, ROC the Bay works to improve wages and working conditions for Bay Area restaurant employees through support and education for high road restaurants and career advancement training for disadvantaged workers.

FoodSchool will join this ecosystem of organizations to provide valuable culinary training to returning citizens in San Jose and improve access to career opportunities for those ready for a second chance. Together, we can build a vibrant food culture that supports economic prosperity for all of California and respects the contributions of all our citizens.

Become our investor in people

Join us in investing with people! Sign up to receive updates on our progress and we’ll deliver exciting news on California’s food economy and the opportunities it is creating for returning citizens. 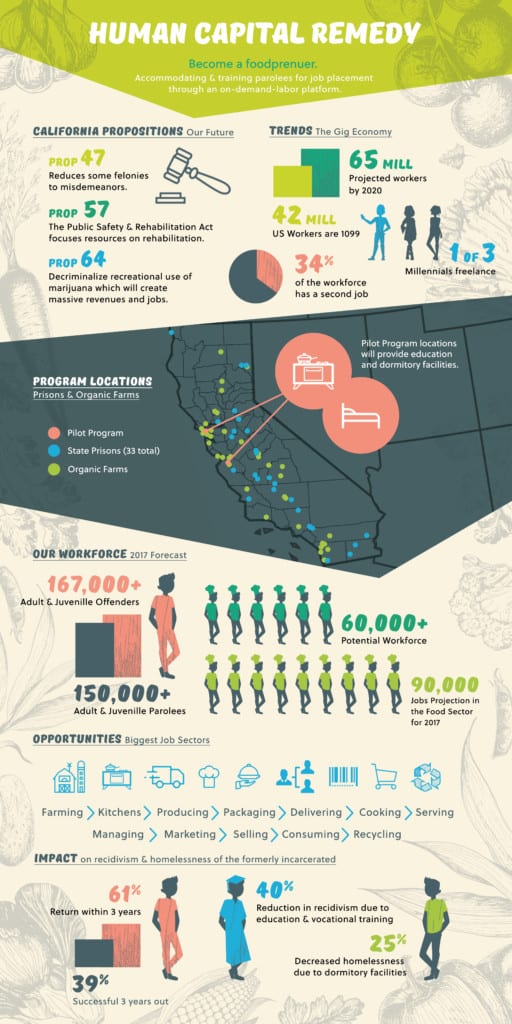 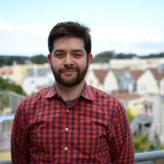 Sam Drzymala is an aggressive and creative digital communications professional: a veteran of presidential campaigns, superPACs, and the United States Senate.  Most recently, Sam served as Digital Director to U.S. Senator Cory Booker (D-NJ), where he helped Senator Booker launch his Congressional career with engagement on new platforms, such as Instagram and Snapchat. Sam is proud to serve FoodSchool.us as a communications advisor as we work to expand economic opportunity.