In the small Central American country of Belize, sugar is a top export crop. More than 5,300 farming families in Northern Belize rely on income from sugar for their livelihoods. It’s a volatile commodity crop that often leaves impoverished families with few options but to enlist the help of the entire family in its production.

A 2015 report by the United States Department of Labor found that Belize had made minimal advancement in efforts to eliminate the worst forms of child labor. Though the country had signed ILO conventions on child labor, important gaps in the country’s legal framework remained.

Even before the release of that report, the Belize Sugar Cane Farmers’ Association (BSCFA) with the help of FLOCERT had recognized the seriousness of child labor in the sugar sector and took action. With the support of Fairtrade International and the Latin American producer network (CLAC), BSCFA led and funded an ambitious program to safely identify and withdraw children who were already engaged in unacceptable work and prevent child labor in Belize’s sugar cane industry. BSCFA has been running Fairtrade International’s Youth-Inclusive Community Based Monitoring and Remediation System (YICBMR) for Child Labor since early 2015.

“Initially, we implemented an Internal Control System to monitor for child labor and an intensive awareness program in all our sugar cane producing communities,” said Zune Canche, Senior Accountant and Protection Focal Point at BSCFA. “However we still had much more to learn in respect to child labor and child protection. In becoming more knowledgeable of the effects and causes of child labor we learned that just identifying child labor didn’t suffice.”

A call to action

“When we were suspended, that was a turning point. We weren’t oriented to child labor as an organization—as a country really—there was very little awareness of the scope,” Canche said. “We realized that this wasn’t something we could do alone, we needed help to build awareness and address it on our terms.”

BSCFA recognized the need for active intervention and support from the sugar industry, civil society, and more importantly, relevant governmental agencies. They implemented Fairtrade’s YICBMR system demonstrating a commitment to preventing child labor, withdrawing any child found in unacceptable work, and proactively searching for alternatives for these youths or assisting them to return to school. Alongside this program, the BSCFA also issued a strong call to action for the government of Belize to step up the fight against child labor in the country.

“At that point in our communities, if the topic of child labor came up, people wouldn’t want to talk about it, wouldn’t acknowledge it,” said Canche. “There was an attitude of ‘you have no right to tell me how to raise my child’ and there was a lot of misunderstanding of the topic.”

Change at a national level

BSCFA Cooperative leaders met with various government departments, including the National Committee of Families and Children, to share their child labor findings, action steps they would take, and their long-term plans. BSCFA along with Fairtrade also hosted the first multi-stakeholder discussion on child labor in the sugar cane sector. Two years of lobbying and engaging with industry and the government have now borne important results.

This past February, Belize’s Ministry of Labor announced the activation of the Labor Advisory Board, Tripartite Body, National Child Labor Committee, and Interest-Based Bargaining Stakeholders. The establishment of these bodies represents an important step towards safely identifying cases and remediating child labor across the country. While these are important steps, there is still work to be done.

Belize has yet to approve two hazardous work lists for child labor and needs to address gaps that exist in current legislation. For example, compulsory education in Belize ends at the age of 14. At that point, many families are unable to afford further education, but at the same time, these young people cannot engage in work in the sugar cane sector until they’re 18. As a result, BSCFA is working to empower young people and find positive alternatives to fill the gap.

“We are pleased that despite the suspension for non-compliances on child labor in 2014, and the difficult process of addressing our challenges, we are now a key driver confronting this issue in the sugar industry,” said Adalid Wicab, Chairman, BSCFA Committee of Management. “We have knocked on the doors of different government ministries and brought together industry stakeholders to discuss this complex matter that impacts the livelihoods of our farmers and their families, including children and youth.”

“This announcement from the government of Belize is reaffirming; we now understand that BSCFA is not alone in tackling this challenge. A brighter and more prosperous generation will now be possible with Belize addressing the key obstacles to ensure sustainable development, human security and increased well-being for all.”

Fairtrade has been working in Belize since 2008. There are currently three Fairtrade sugar producer organizations in the country, producing more than 1,300,000 tons of sugar cane, and one association of cacao farmers.

“Belize continues in its efforts to adopt a rights-based approach to addressing exploitation and abuse of children and youth. This recent announcement by the Ministry of Labor shows that child rights and child protection are fundamental to the fight against child labor,” said Anita Sheth, Fairtrade International’s Senior Advisor on Social Compliance and Development (informal Sectors).

Marike de Peña, President of the CLAC, added: “The achievements in Belize are very good examples to be promoted at a continental level. The lessons learned will enable us to implement similar programs at scale and contribute to a better future for children and youth in rural areas.”

In April 2017, Fairtrade International gave the keynote address at the launch of a joint project partnership between the Government of Belize and the European Union to assess the child labor risk in the sugar cane sector employing the YICBMR methodology developed by Fairtrade. The project is being implemented by Child Development Fund, a child rights NGO in the sugar producing areas of Orange Walk and Corozal where Fairtrade sugar cane is produced and processed.

In collaboration with its partners, Fairtrade is actively committed to using a rights-based approach to fighting the root causes of child labor and proactively preventing the abuse and exploitation of children and other vulnerable populations in the producer organizations with which it works. 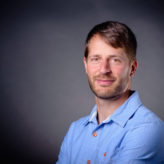 Kyle Freund is Digital Content Manager at Fairtrade America, the US-member of the world’s most trusted Fairtrade certification. Previously, Freund worked with Fairtrade International in the Communications unit, and prior to that was Communications Manager for Coffee Kids, an international NGO dedicated to helping coffee-farming families improve their quality of life. He currently serves on the board of Food4Farmers.

Green Circle Chicken: Bringing Back Flavor, Texture, and Sustainability into Your Diet

California is the Center of the Second-Chance Career Movement