Food rescue and recovery efforts seem like a common sense solution to help prevent food waste. Why, then, is it not the norm for restaurants to donate excess food to the hungry at the end of each day?

While the standards that must be met when donating food are strict, ensuring no one gets sick from food that is donated, these standards are very similar to those that must be met when serving food for customers. The Bill Emerson Good Samaritan Act of 1996 and state versions of Good Samaritan laws ensure that there are no legal liabilities when donating food as long as food safety and other standards are met. Food businesses can also get enhanced tax deductions from food recovery efforts, saving more money in taxes than if they threw out the food. If this is true, why is food donation not the standard in the restaurant industry?

Barring regulation or legislative action, food donation will not be the norm until consumers demand it as the standard way of doing business.

Consumers have been able to influence restaurant policies for the better throughout the past few decades. Recently, more than half of the top 25 restaurant chains committed to restricting the routine use of antibiotics in the production of chicken because consumers demanded it. In Big Chicken, author Maryn McKenna explains that a more educated consumer base has influenced big buyers of poultry to demand that farmers grow their chickens without antibiotics. Consumer preferences shifted first, and this led to commitments from large institutional buyers such as coalitions of hospitals, Chicago Public Schools, and the academic senate of the University of California San Francisco to buy only antibiotic-free chicken.

Consumers should expect food to go to better use. It is not acceptable for power plants pollute our waterways, so excess food going to waste and contributing to methane gases in landfills should not be acceptable, either. Consumers must shift their expectations to demand food donation from restaurants, using dollar votes to influence restaurants’ decisions.

Through RLC Restaurant Week, Rescuing Leftover Cuisine, Inc. (RLC) is hoping to spark this change in consumer demand. Starting on Earth Day and lasting for one week (April 22 to April 29, 2018), RLC is asking volunteers and food rescue supporters to pledge to only eat at restaurants that are using processes to reduce or eliminate food waste. These restaurants will be located throughout some of RLC’s branches including New York City, NY; Boston, MA; Washington, D.C.; and Tulsa, OK. Some of RLC’s partnered restaurants will also be providing limited discounts for RLC Restaurant Week. Make the pledge and sign up on RLCRestaurantWeek.com.

If consumers begin to use dollar votes to show that they want to see action rather than rhetoric, restaurants will notice and choose to consider more options to donate their excess food. Food donation could become the new standard process for excess food rather than being placed in the garbage can. 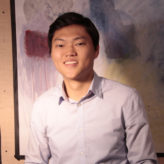 Robert Lee is the CEO and co-founder of Rescuing Leftover Cuisine. He was a Gates Millennium Scholar who graduated cum laude from the Stern School of Business at New York University. Coming from a humble background, he is committed to doing all he can to help those in need. At NYU, Robert worked with a club that delivered leftover dining hall food to homeless shelters. Over the four years that Robert led this organization, he acquired best practices in food rescue operations, fostered relationships within the industry, and honed volunteer management skills. After graduating, Robert worked in Asset Management at JPMorgan Chase & Co. before resigning from his position to continue his passion for helping the hungry and reducing food waste by co-founding Rescuing Leftover Cuisine.  RLC has grown to expand to over 16 cities across the country, rescued over 1.7 million pounds of food from over 300 restaurants, and won numerous accolades for its work such as CNN Heroes, Forbes 30 Under 30, and Blue Ridge Labs @ Robin Hood Foundation Incubator Awardee.

GREEN Foundation is Reversing Negative Effects of the Green Revolution