The craft beer movement has experienced enormous growth in recent years, particularly in the United States, where the number of craft breweries grew from 2,000 in 2011 to more than 6,000 by 2017. Now, the rest of the world is catching on to the craft beer craze. The global market for craft beer is forecasted to hit US$502.9 billion by 2025, with much of the future growth expected to be coming from emerging markets like India, China, and Africa.

The proliferation of craft breweries coincides with a growing diversity of beer styles and flavors. Brewmasters are tinkering with ingredients and techniques to create an ever-expanding array of options for beer lovers.

Among these new varieties are gluten-free beers that use millets and sorghum as a grain base rather than barley or wheat. Millet and sorghum beers are gaining popularity with those who suffer from celiac disease and gluten intolerance, and they are an opportunity for brewers to experiment with innovative recipes and flavor profiles. Not just gluten-free, millets and sorghum are known as “Smart Food”. They are highly nutritious and can be a better choice for both farmers and the planet, as they are drought-resistant, demanding significantly less water than other brewing grains like wheat, and they require little-to-no fertilizers or pesticides.

To celebrate these benefits, Food Tank is raising a glass to these 10 breweries from around the world putting out some of the tastiest millet and sorghum beers.

In 2005, two celiacs, Craig Belser and Kevin Seplowitz, created what they claim is America’s first gluten-free beer. Billed as “The Original Gluten-Free Sorghum Malt Beer” Bard’s American Pale Ale-style beers use 100-percent malted sorghum in entirely gluten-free facilities. Bard’s continues to have a loyal following and will be ramping up production of their trendsetting sorghum beer in 2018.

Upset by the lack of gluten-free choices in the local beer market, two good friends, Julien Niquet and David Cayer, decided to fill the gap themselves. In 2012, two years after coming up with the idea, Glutenberg swept the World Beer Cup with gold, silver, and bronze medals in the Gluten-Free Beer category. Glutenberg’s award-winning beers include ingredients such as millet, buckwheat, corn, quinoa, and amaranth.Ninety percent of its supply comes from a local gluten-free grain farm, Ferme Sans Gluten. Less than eight years after bringing their first beer to market in Québec, the Montreal brewery provides more than a dozen gluten-free options to choose from, with retailers across North America and several other countries around the world.

This urban microbrewery is experimenting with pearl millet (bajra), finger millet (ragi), and sorghum (jowar) as grain alternatives for their beers. Inspired by the work of Amrita Hazra, assistant professor at the Indian Institute of Science Education and Research in Pune and founder of The Millet Project, Great State Ale Works is working to brew a 100-percent millet beer to supply local bars. The brewery is working to source and malt millets from local farmers with the help of Happy Roots, a local social enterprise geared towards “building a sustainable food chain with indigenous grains” and “increasing incomes of farmers and rural women by 150 percent.

Located on the outskirts of the capital of Ghana, Inland Microbrewery is the country’s first craft brewery. All of their beers are gluten-free, produced using locally sourced sorghum. Co-founder Clement Djameh is a true student of beer. Upon finishing high school, he left for Germany on a scholarship to study brewing. After returning to Ghana, he worked with the government’s Food Research Institute testing 70 varieties of sorghum, settling on 12 suitable to brew with. Djameh has been influential in raising the profile of sorghum as a gluten-free brewing alternative, and his success could be a promising sign of things to come for craft beer in Africa.

At the forefront of the Chinese craft beer movement, Jing-A Brewing gained popularity by reinvigorating Chinese brewing traditions as they employ local ingredients like mandarin orange, ginger, coriander seed, and Sichuan pepper in their innovative brews. The brewery was founded by Kris and Alex, “two North American guys and long-time Beijingers with a passion for great beer.” So far, the pair released one red sorghum-based beer, Qu Brew, bringing the traditional grain into the hip limelight of China’s burgeoning craft beer movement.

Brothers Russ and Jim Klisch founded the Milwaukee-based Lakefront Brewery in 1987. Although U.S. federal standards then required beer to include malted barley, the Klisch brothers wanted to cater to celiac friends and other gluten-intolerant beer lovers. In 2005, after submitting a Statement of Process to the U.S. Bureau of Alcohol, Tobacco, Firearms, and Explosives (ATF), the Lakefront’s New Grist beer received approval as the first gluten-free beer allowed to carry the Certified Gluten-Free label in the U.S. The New Grist beer won several medals, and Lakefront now serves two New Grist gluten-free beers in pilsner and ginger styles, incorporating sorghum, rice, and gluten-free yeast.

When Rebellion Brewing founder John O’Brien found out that he had celiac disease, he worried that it would mean giving up beer. Unhappy with the lack of gluten-free beers on the market, he took matters into his own hands and started experimenting with millets, sorghum, and other gluten-free grains by brewing in a backyard shed. In 2005, O’Brien debuted the gluten-free O’Brien Pale Ale. Now with nine different options in year-round and seasonal varieties, Rebellion Brewing offers lagers, ales, and a German-style pilsner. The brewery sources all of its millets and sorghum from local farmers in Australia.

At the 2018 Organics and Millet Festival in Bengaluru, India, a two-week Millet Beer Festival challenged local breweries to develop their best millet-based beers. A participant in the challenge, Toit Brewpub, based in Bengaluru and Mumbai, served the finger millet-based Namma Beeru Ale. The state’s Agriculture Minister, Krishna Byre Gowda, is encouraging craft brewers like Toit to take advantage of local ingredients, which would support local smallholder farmers and stimulate local economies. While the brewery has yet to completely convert from barley malt to millets, Toit has been experimenting with the gluten-free grain in limited batches for a few years. 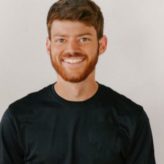 Steve is a former Research and Writing Intern with Food Tank. Steve graduated from the University of Calgary with a BA in Geography, where he first developed a passion for sustainable food, and devoted his research to investigating the social and environmental implications of the industrial food system. Upon graduating, Steve went on to work for a local Community Supported Agriculture (CSA) farm, before joining a startup focusing on eliminating food waste in the restaurant industry and producing a locally made organic compost for urban farms and gardeners.

Who Will Feed the Future?