Home » Op-Ed » Opinion | What Type of Tortillas Should the Mexican President Like?

We know that Mexico’s new president, Andrés Manuel López Obrador (AMLO), likes to eat his barbacoa in blue corn tortillas, particularly at El Carnerito. We also know that he never passes through Zacatecas without stopping for some gorditas, and that his favorite drink is pozol. In 2007, AMLO even joined protests against a surge in tortilla prices.

But what characteristics do the tortillas enjoyed by Mexico’s president have in common?

Mexico is the center of the origin and diversification of corn. A significant portion of the 65 races and 20,000 varieties of corn have been cultivated using the agroecological practice of milpa. For thousands of years, this great wealth of biodiversity has adapted to different climates and soils.

This biodiversity is reflected in the (potentially) large variety of tortillas. However, 40 percent of tortillas are made using industrial flours, many of which use color additives to give the tortillas that blue color that’s so in demand or even to whiten them. The ideal tortilla should take advantage of the great diversity of corn and directly benefit the main producers: small-holder farmers.

A recent study presented some alarming statistics: 90.4 percent of the tortillas analyzed included genetically-modified corn. Additionally, GMO corn was found in 82 percent of maize-derived foodstuffs, and almost 30 percent of these products tested positive for traces of glyphosate, the herbicide that has been classified as a probable carcinogen.

In addition to likely causing negative health outcomes due to the excess use of herbicides, GMOs put biodiversity at risk, polluting other varieties and encouraging the use of monocrops on large swathes of land, which destroys the agricultural wealth established over thousands of years. GMOs also negatively impact the soil, which consequently affects the environment and generates a harmful dependency among farmers, who must frequently purchase seeds and herbicides in a very concentrated market.

The past administration aligned itself with GMO corporations and against civil society organizations, experts, and scientists in a lawsuit meant to force the cultivation of GMO maize in Mexico. Currently, an injunction has suspended the use of GMO corn, and AMLO has stated that he will not permit the use of GMOs in Mexico.

Started more than 3,500 years old, the traditional method of nixtamalization uses a combination of corn, water, and lime to prepare the maize kernels and break down the hull. This process doubles the volume (each kilo of corn can be used to produce two kilos of masa), multiply their calcium and phosphorus content, and increase the nutritional availability of amino acids and fiber. Additionally, it uses 33 percent less water and 40 percent less fuel.

However, nixtamalized tortillas face strong competition from industrialized tortillas, which are cheaper and easier to produce. In order to compete with these industrialized options, Mexico needs more private initiatives like Molino Pujol, a Mexico City mill that encourages the process of nixtamalization. However, it is important to ensure that prices do not radically increase for the average consumer. It is also key to scale and intensify civil society campaigns like “Yo quiero mi tortilla 100 percent nixtamalizada” (“I want a 100 percent nixtamalized tortilla”).

A high-quality tortilla must be affordable while also guaranteeing the welfare of small farmers. Tortillas are the most important item in a Mexican kitchen. Mexicans consume more than 66 kilos of tortilla per person per year, allocating an average of 6.78 percent of their total food spending to tortillas.

And its price is a matter of national concern. The slogan “sin maíz no hay país” (“there is no Mexico without corn”) emerged during the widespread “tortillazo” protests in 2007, when the tortilla prices soared.

Is there a way to guarantee fair prices for everyone in the value chain, ranging from farmers to consumers? Some proposals include technical assistance for more efficient agroecology practices and higher yields, fair trade with no unilateral American subsidies, and campaigns to increase sales of non-GMO, fairly-produced tortillas that protect biodiversity and encourage nixtamalization, among others.

The tortilla now represents many of the agricultural, environmental, social, and nutritional challenges facing Mexico. And, of course, as consumers, our preferences can have a significant impact. However, public policies are needed to create food systems that guarantee the availability of, as well as access to, tortillas that have these characteristics outlined above. This is why it’s important to think about what the Mexican president looks for in a tortilla.

Mexican civil society is organizing to push for these public policies and more. The Alianza por Nuestra Tortilla (Alliance for Our Tortilla) brings together dozens of civil society organizations, experts, chefs, journalists, and activists.

Is this just a romantic dream? No, it’s not. In fact, this is a practical way to address many problems in Mexico, ranging from land use and the environment to nutrition.

* A longer version of this article was originally published in Spanish in Animal Político, under the name “¿Qué tortillas le deberían gustar al presidente?”. 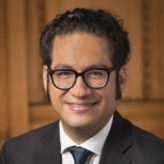 Jose Luis Chicoma is the Executive Director of Ethos Public Policy Lab, a think tank based in Mexico City that promotes sustainable development, better food systems, and innovation. He has held various high-level positions in the Peruvian public sector, including as Vice Minister of Small and Medium Enterprises and Industries and Director of Export Promotion for PROMPERU. He holds a master’s in public policy from Harvard University and a BA in economics from Universidad del Pacífico. He has been a Yale World Fellow and Stanford Draper Hills Fellow.

Wise: We Won’t Feed the World By Giving Up on Small-Scale Farmers