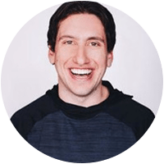 Bernard Pollack is co-founder and serves as Food Tank’s Chairman of the Board along with directing Food Tank’s communications. He is also the creator of Food Tank’s groundbreaking fully immersive new musical “Garjana,” which has won high critical acclaim to sold-out audiences. Prior to starting Food Tank, he served as an expert at non-profit, environmental advocacy, and union campaigning and communications. He spent more than ten years organizing state and national campaigns for the National AFL-CIO that resulted in the election of dozens of major pro-worker candidates and laws in California, Kentucky, Minnesota, Oregon, and Pennsylvania. He has developed communication programs for labor organizing all over the United States and has worked extensively with media reporting on workers’ issues. He also served as communications director at the Worldwatch Institute. He holds an M.A. in political management from The George Washington University School of Political Management and a B.A. from the Elliot School of International Affairs at The George Washington University.