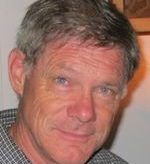 Shepherd Ogden is perhaps best known as founder and president of The Cook’s Garden, a mail order seed and supply house in Londonderry, Vermont from 1983 until 2003. The Cook’s Garden was an early leader in the marketing of certified organic garden seed in the United States and Canada. It has now been assimilated into the W. Atlee Burpee Company of Warminster, PA. Since leaving The Cook’s Garden, Ogden has returned to the Mid-Atlantic region of the USA, where he grew up. There he has been working on a number of projects, including farmland preservation schemes for rapidly urbanizing areas, and food production methods in the already urbanized areas, as well as the application of organic principles to the management of public landscapes in the region. From 2011 to 2014 he served as Agricultural Development Officer for Jefferson County, West Virginia, at the head of the Shenandoah Valley and was on the board of the Charles Town Farmers Market there.

His gardens and seed business were the subject of cover stories in Country Journal, Organic Gardening, The American Gardener, the Boston Herald Sunday and INC. magazines, and featured in Time, Newsweek, Forbes, Vermont Life, Victoria, Martha Stewart Living and Garden Design magazines as well as the New York Times, Newsday, Parade and USA Today. He has appeared on numerous foreign and domestic radio and television shows including NBC Today, CNBC Good Morning, and Martha Stewart Living as well as numerous cable venues.

Ogden is a former board member of The Vermont Small Fruit and Vegetable Growers Association, the Garden Writers Association of America, and Future Harvest / Chesapeake Alliance for Sustainable Agriculture. He has also been a member of the Society of Environmental Journalists, PEN New England, the American Society of Journalists and Authors, the Author’s Guild, and the Association for the Study of Literature and the Environment. He is the author of more than fifty magazine articles on all aspects of horticulture, agriculture and the environment. He was a Contributing Editor for Organic Gardening magazine, National Gardening magazine, where he was also Editor at Large, and Contributing Editor for The American Gardener, the magazine of the American Horticultural Society. His articles on gardening and environmental issues have appeared in those magazines as well as Garden Design, Horticulture, Country Journal, Harrowsmith, Martha Stewart Living, Country Living, New England Living, Eating Well and the Boston Globe.

In 1988 Ogden was a recipient of the American Horticultural Society’s GB Gunlogson Award for “extraordinary and dedicated efforts in the field of horticulture” and has received numerous book and magazine writing awards. He has written five books: The Cook’s Garden, Rodale Press, 1989; Step by Step to Organic Vegetable Gardening; and Step by Step Organic Flower Gardening, HarperCollins, New York, 1992 and 1995 (respectively), The New American Kitchen Garden (1997) and Straight Ahead Organic (1999). Freelance book and editorial clients have included Time-Life Publishing, Reader’s Digest Books, the North American Outdoor Group, Sterling Publishing Co., and he was a correspondent to the Encyclopedia Britannica, where he wrote the Yearbook entry for The Environment: Gardening from 1995 to 2002. A selection of his articles is available here, and his papers and essays here.

During 2004 and 2005 he was Program Manager at The Rodale Institute, an agricultural research institution in Kutztown, PA, where he oversaw development of an economic modeling program to compare the profitability of organic and conventional cropping systems. In 2006 he was hired to launch Heritage Organics, a startup in Doylestown, PA charged with building the sustainable agriculture infrastructure in the Mid-Atlantic states, and in 2007 to organize an industry association for the promotion or organic lawn and landscape care, the SafeLawns Foundation.

Ogden studied Environmental Journalism as part of the Honors College BDIC program at UMass / Amherst, received a Regents Bachelor’s degree from Shepherd University, Shepherdstown, WV, and an MS in Environmental Science from Green Mountain College, Poultney, VT with a concentration in Communications. He has been an adjunct lecturer at both institutions.

At the University of Massachusetts he authored research reports on container deposit legislation, pre-introduction safety tests of artificial sweeteners, and an incident of sick building syndrome at the University. He also interned at the Environmental Study Conference, in the U.S. Congress, where he was the acid rain specialist and liaison for Earth Day 1980.

He has lectured at botanical gardens and professional and amateur symposia in most regions of the United States. In 1995 he conducted a month long lecture tour of the Czech Republic dealing with sustainable gardening and agricultural practices under the auspices of Volunteers in Overseas Cooperative Assistance (VOCA / USAID) and in 2013 he conducted a similar tour of the Repulic of Belarus with the support of CNFA and USAID. In 2015 he conducted a similar of southern China funded by Sichuan and Yunnan provinces.

He has appeared on numerous panels including conferences at Cornell University and the Radcliffe Institute, and he has given lectures at the National Conservation Training Center, Yale University, Amherst College and public meetings in Vermont, New Hampshire, New York, Massachusetts, Ohio and California. In 2000 Ogden gave the keynote speech at the Northeast Organic Farmer’s Association (NOFA-VT) winter meeting “Seeds of Change: A Community Response to Biotechnology,” the keynote “Retaking the Genetic Commons – What You Can Do In Your Own Garden Or Farm” at NOFA-NY’s winter conference in 2004, and the 2006 annual meeting keynote at the Delaware Center for Horticulture, “Urban Agriculture – Coming Full Circle.” His paper “The Language of Biotechnology: Terminate or be Terminated” was published in the September 2002 issue of the journal Organization and Environment. In March 2006, he appeared on the cover of The American Gardener, the magazine of the American Horticultural Society, the first time a person appeared on the cover of the magazine in eleven years, and the first time ever for a vegetable gardener. The same garden was featured in Martha Stewart Living in 2006.

He is the proud father of a son and a daughter. Molly Ogden teaches first grade at the Frankfurt International School in Wiesbaden, Germany. Sam Ogden works at IBM in Essex Junction, VT as a software engineer

Food Tank spoke with Shepherd Ogden, the Founder and President of The Cook’s Garden, who will be speaking at the Food Tank Summit in Washington, D.C.